We had a chance to spend a couple of weeks with Shuttle’s latest addition to the Slim PC lineup, the XS35GTA V3, and we honestly have to say that we are quite impressed. With a rather strange combination of Intel’s N10 Express chipset, Atom D2700 CPU and AMD’s Radeon HD 7410M GPU with 512MB of GDDR3 dedicated memory, Shuttle practically managed to make a match made in heaven.

Intel’s dual-core Atom D2700 recently reached EOL (end-of-life) and Shuttle’s XS35GTA V3 might not be on the market for a long time, depending on how many parts Shuttle ordered.

The one thing that we mostly liked on Shuttle’s XS35GTA V3 is that it is completely silent and produces zero noise. Of course, as we noted in our review, this brings some drawbacks as it needs enough “breathing room” and you can’t cramp it up as it already reaches quite high temperatures when pushed under full load. Of course, these full load states will be rarely reached but it is definitely something to keep in mind. 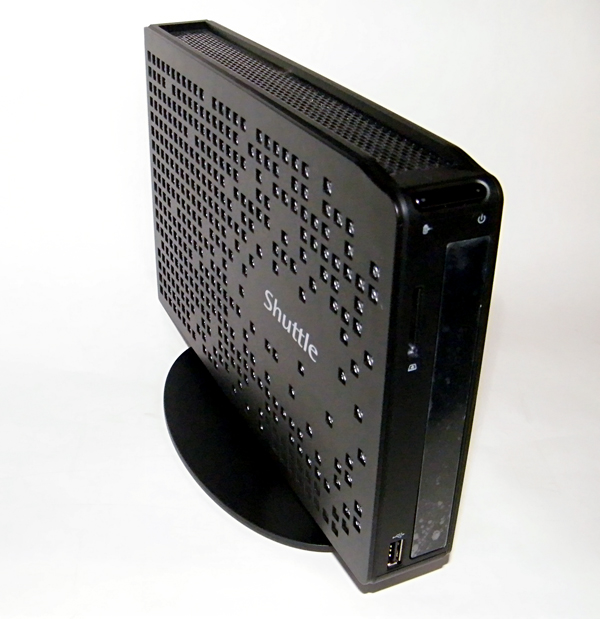 Price wise, Shuttle’s XS35GTA V3 has surprised us there as well as Shuttle Europe has informed us earlier that the suggested retail price is set at €233 exc. VAT, but we managed to find it listed in Europe for as low as €222 including VAT. Of course, we are talking about barebone system here so count at least additional €60 for a 320GB HDD and 2GB of RAM memory, so you are looking at a final price of around €280 to €300, which does not sound that bad considering that Sapphire’s Edge HD2 with 2GB of memory and 320GB HDD goes for around €310 (one of the lowest prices) while Zotac’s ZBox AD02 Plus with E-350, 2GB of memory and 320GB HDD sells for around €300 as well. 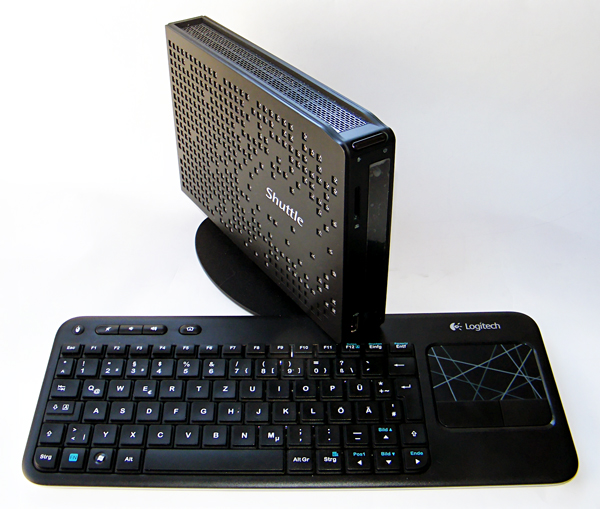 Of course, Shuttle’s XS35GTA V3 has an advantage of being a completely silent system and performance wise generally ends up faster than most HTPCs (similar priced and similar sized). We simply loved the design and when paired up with some sort of HTPC-friendly wireless keyboard it certainly sounds like a great deal, so we simply have no other choice than to give it an award, although we honestly do not mind.

« Prev Next
Last modified on 21 August 2012
Rate this item
(3 votes)
Tagged under
More in this category: « Samsung Galaxy S III put to the test, lives up to expectations Sony’s stylish Xperia P put to the test »
back to top