Closer look at the 1.57L chassis

Since it is mostly made out of plastic we were a bit worried that Shuttle’s XS35GTA V3 will be a device that you would rather hide from plain sight, but luckily we were wrong, as the actual build quality is quite good. We must say that Shuttle certainly did not cut any corners and definitely made use of every last millimeter of space. The XS35GTA V3 is rated at 24/7 nonstop operation but needs to have free circulation of air and clear ventilation holes. 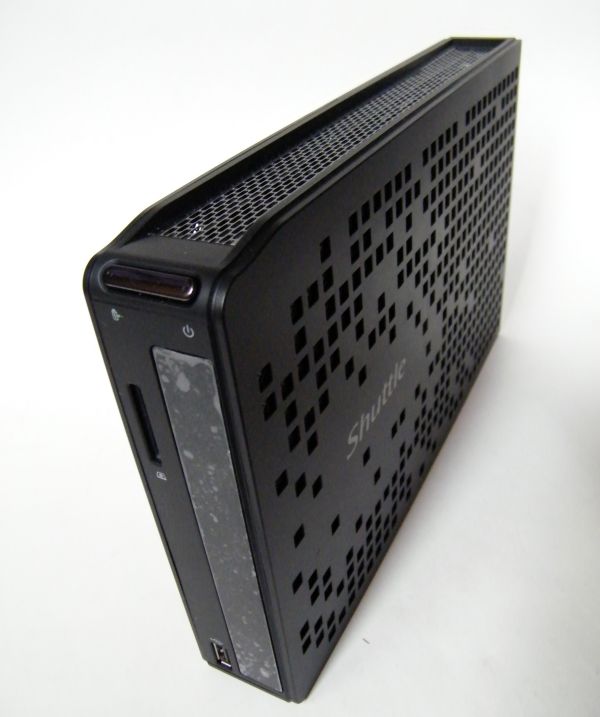 As you can see from these pictures, the sides of the XS35GTA V3 are made out of a combination of plastics and aluminum and are actually a large ventilation area. 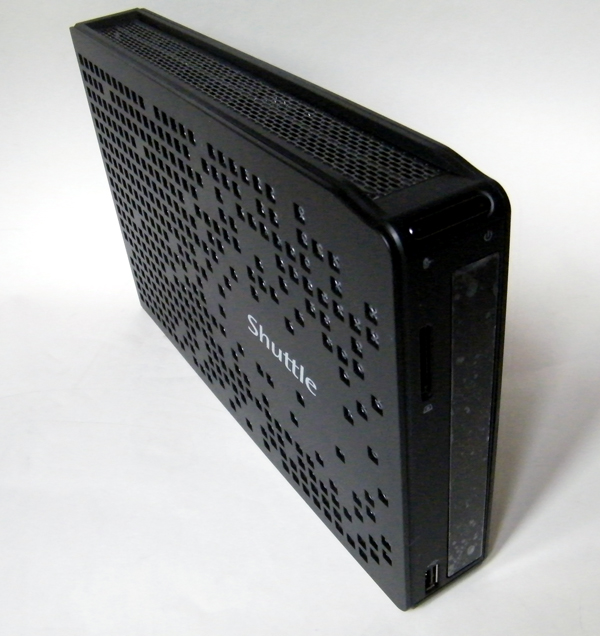 The front side features one USB 2.0 port, 4-in-1 card reader and place for an optional optical drive or the second HDD (via optional accessory). 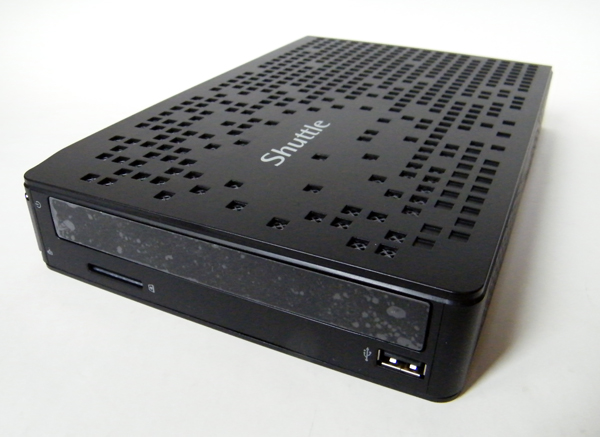 The front upper side also includes power and reset buttons that double as power and HDD activity LEDs. 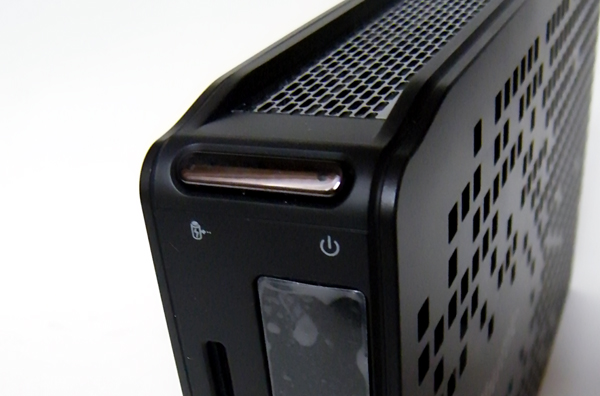 The back of the unit is a busy part of the system as this one includes almost every output and input that you might expect and even would not expect from an office PC or even an HTPC for that matter. From right to left, the XS35GTA V3 features Kensington lock, microphone and headphone jacks, LAN port, four USB 2.0 ports, D-Sub output, HDMI output and power jack. 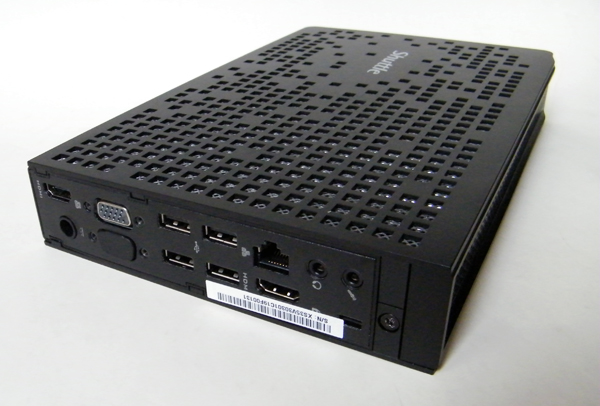 You might have noticed that we skipped the first HDMI but that one is unusable and comes with a cover plug, same as the second D-Sub output. The first HDMI and the covered D-Sub are actually not usable.

The reason behind this is the fact that the Intel GMA 3650 is actually disabled, as you could see in the specification list, but since Shuttle offers pretty much identical system, sans Radeon HD 7410M graphics, the outputs remained on this one as well.

When paired up with the included stand, Shuttle’s XS35GTA V3 actually looks pretty good and we are sure that it would fit any living room. 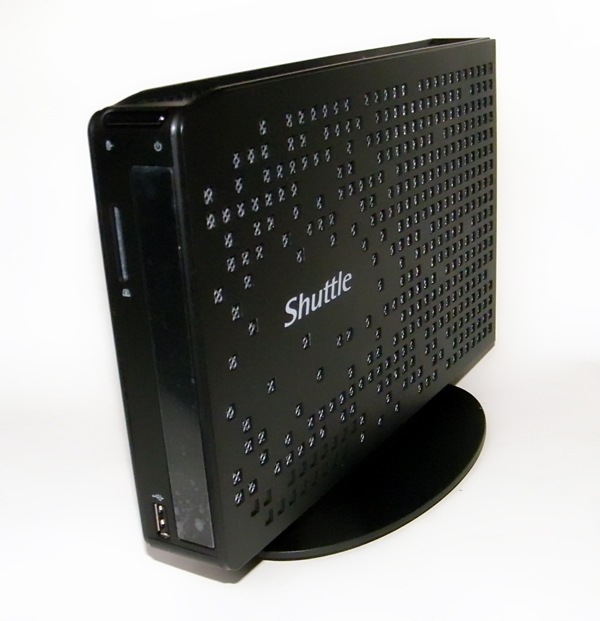