Samsung Galaxy S III put to the test, lives up to expectations

Review: Great, but not without its issues

Samsung’s Galaxy series has come a long way over the past two years. Back in 2010 Samsung introduced the original Galaxy S, which also became the basis for the Nexus S. Last year the company rolled out the very successful S II, with a bigger 4.3-inch screen and a dual-core Exynos chip. It was Samsung’s best phone to date and it won the hearts of millions, making it probably the most popular Android phone of all time. 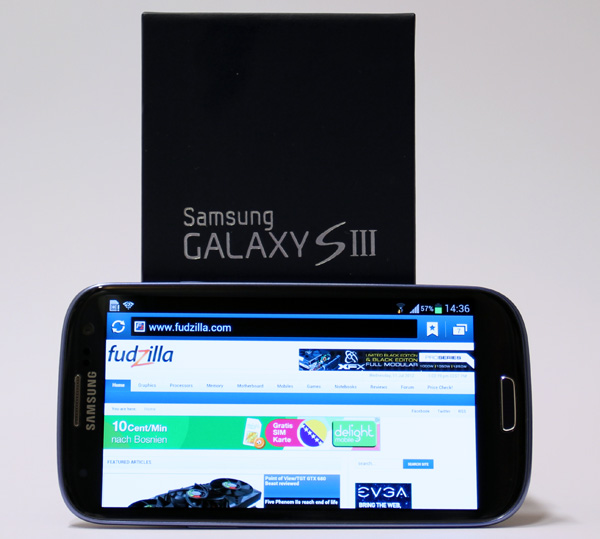 So, expectations for the third iteration of this phone were very high and speculation was rampant, resulting in some outlandish and amusing rumours. In the end we ended up with a 4.8-inch phone with a Super AMOLED capacitive touchscreen under a layer of Gorilla Glass 2. The resolution is 1280x720 pixels, which translates into 306 pixels per inch. Pentile Super AMOLED is something that we’ve already seen on the Galaxy Nexus and to be honest it’s not as good as Super LCD used in the HTC One X. In some respects Super AMOLED comes out on top, but this is a matter of personal preference and let’s leave it at that. 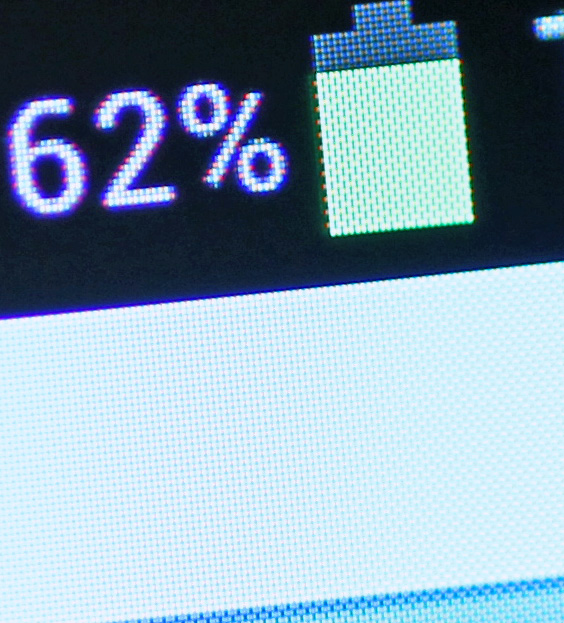 The phone measures 136.6 x 70.6 x 8.6 mm and weighs 133 grams and despite the larger screen it does not feel much bigger than its predecessor, in part thanks to the curved design. It comes with 16GB memory, but 32GB and 64GB versions should be available at some point. With the 16GB users end up with about 12GB at their disposal and many will like the fact that this phone has a microSD slot. Samsung also offers 50GB of Dropbox storage, something that consumers will appreciate. Basically when it comes to storage options, the S III is hands down the winner in the 720p superphone market.

The phone is equipped with an 8-megapixel camera capable of delivering 3264x2448 shots. It is an autofocus camera, with LED flash and it’s capable of 1080p video at 30FPS. The camera will let you take HD videos and pictures at the same time, which is nice. HDR functionality is on board, too, The front camera has a 1.9-megapixel sensor capable of 720p at 30FPS which is quite good for a front facing camera. Image quality is surprisingly good and will be great for Facebook self-portraits or video chat. 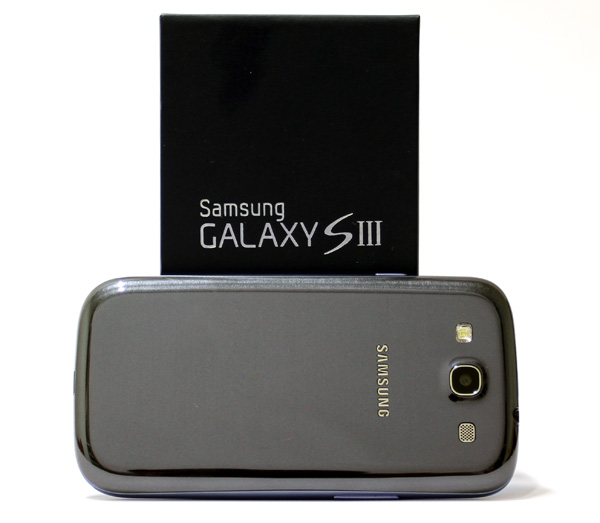 At present time the S III ships with Android 4.0.4 that works just fine and on top of it, you’ve guessed it, TouchWiz UI that is designed to match the phone’s color, in our case Pebble Blue. The other option is to get this phone in white and other colour options are reportedly on the way.

A removable battery is also something that many missed with the HTC One X and it packs quite a punch, as it is capable of storing 2100mAh of juice. The processor behind this beast is Samsung’s 32nm Exynos 4412 quad-core at 1.4GHz that can drop to 200MHz. It turns out that the processor is very efficient and coupled with a large power pack, battery life is impressive. The graphics core integrated in this SoC is ARM’s Mali 400MP4 and you will see how well it did in our benches. 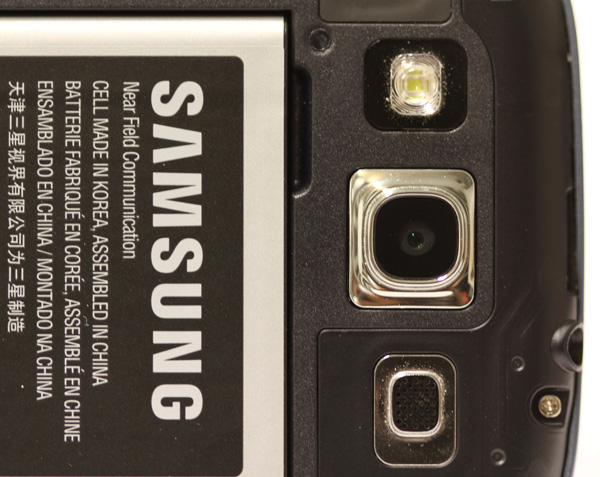 The usual array of sensors, including an accelerometer, gyro, proximity sensor, compass, barometer are also part of the phone and the phone comes with some quite useful motion sensor tricks. Active noise cancelation is also present with the help of a dedicated microphone, but to be honest we didn’t find it give the S III much of an edge over other high-end phones we used. TV-out is possible but only via MHL A/V link. The box contains the phone, earbud headset and a charger, no unnecessary gimmicks here. 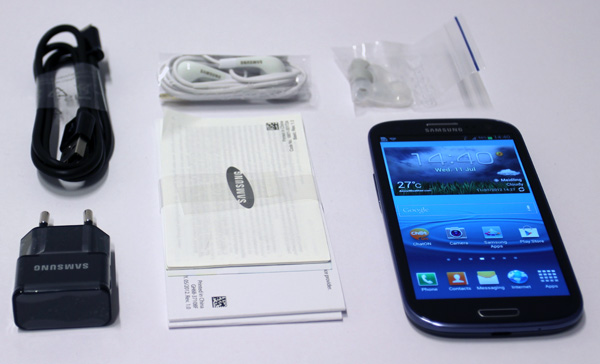 Prev Next »
Last modified on 08 August 2012
Rate this item
(0 votes)
Tagged under
More in this category: « Nexus S gets Jellybeaned, blows ICS out of the water Shuttle XS35GTA V3 1.5L Barebone tested »
back to top