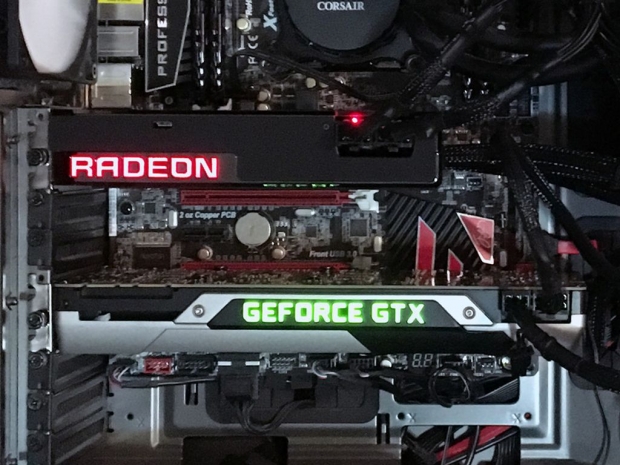 Microsoft's upcoming DirectX 12 API will bring plenty of performance improvements but one the most impressive is its ability to mix GPUs and combine Radeon and Geforce graphics cards for some extra performance.

A fresh report from Anandtech.com, managed to pair quite a few DirectX 12 graphics cards and test their performance in Ashes of the Singularity DirectX 12 demo. It shows that it works and provides some impressive performance gains which were higher than we expected.

Currently, alternate-frame rendering using the multi-GPU method works, but does not replace AMD's SLI or Crossfire configurations which give much higher performance gain. Plenty of factors have an impact on the performance. The GPU is the primary one along with the graphics cards mixed.

The performance gains when mixing different GPU vendors are quite impressive as Anandtech.com managed to mix the Radeon R9 Fury X with Geforce GTX 980 Ti, which provided a better performance gain compared to R9 Fury X and R9 Fury or GTX 980 Ti and Titan X. At 4K/UHD resolution, a mix between the R9 Fury X and GTX 980 Ti was quite a bit faster and the same configuration had a higher average frame rate even at 1440p resolution.

What is even more impressive is you can mix older graphics cards. Anantech.com shows you can also add a Geforce GTX 680 to the Radeon HD 7970 to get a much higher average frame rate. While the HD 7979 gives an average of 30 FPS and an GTX 680 pushes an average of 24.5 FPS at 1440p resolution, the combination gives a decent performance improvement ending up with an impressive average of 46.4 FPS.

You can check out a detailed performance analysis as well as more details in a rather extensive preview at Anandtech.com. 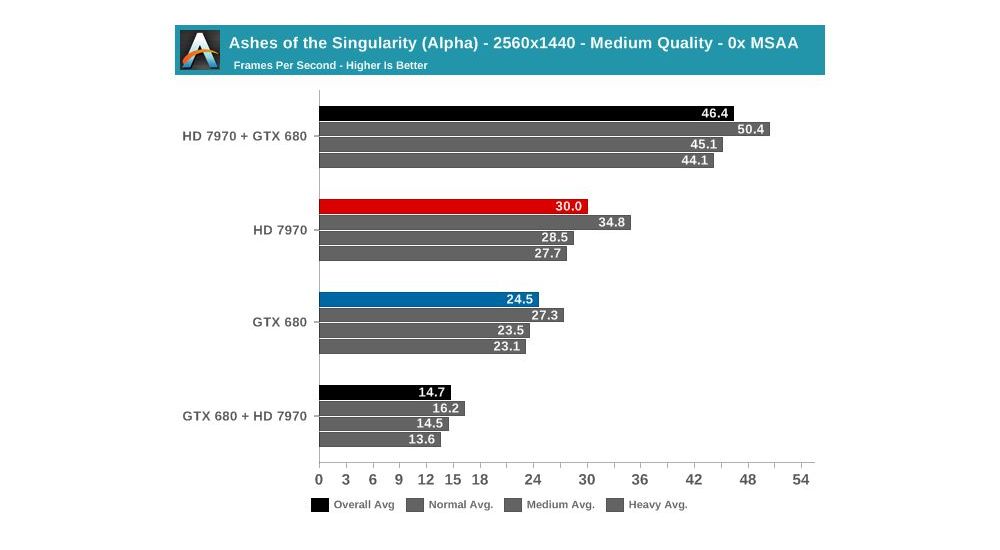 Last modified on 27 October 2015
Rate this item
(5 votes)
Tagged under
More in this category: « "Custom" white Asus R9 Nano seen AMD brings out the Magnum Force »
back to top