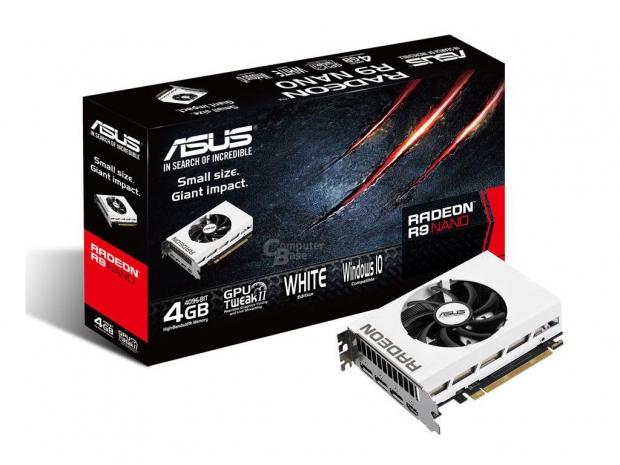 Unclear what is under the bonnet

The AMD Radeon R9 Nano graphics card, based on Fiji GPU and HBM, has been on the market for a while and it appears that Asus has decided to make a pimped up version with a white cooler shroud.

Dubbed the Asus Radeon R9 Nano White and spotted by Computerbase.de, the new "custom" R9 Nano features pretty much the same design as the reference AMD Radeon R9 Nano. It comes with the same short 6-inch PCB, which makes it a mini-ITX graphics card. Unfortunately, while we do have a few official pictures, there are no precise details regarding specifications.

It is also unclear if Asus made any changes to the PCB or if the white cooler shroud is the only part that Asus changed. Computerbase.de suggested that there is no change, but the pictured R9 Nano White does have an Asus logo on the PCB while the reference R9 Nano comes with AMD-branded PCB, so anything is possible. It is unclear if the Asus Radeon R9 Nano White comes with a colour-matching white backplate.

In case you missed it earlier, AMD Radeon R9 Nano packs a fully enabled Fiji GPU with 4096 Stream Processors, 256 TMUs, 64 ROPs, and 4GB of High Bandwidth Memory paired up with a 4096-bit memory interface. AMD lowered the GPU clock down to 1000MHz and used a 4+2-phase VRM due to a shorter PCB. The reference version has a 175W TDP and needs a single 8-pin PCI-Express power connector.

According to known details, the Asus Radeon R9 Nano White should be officially launched sometime by the end of this month and there is still no word if Asus will charge a premium for it. 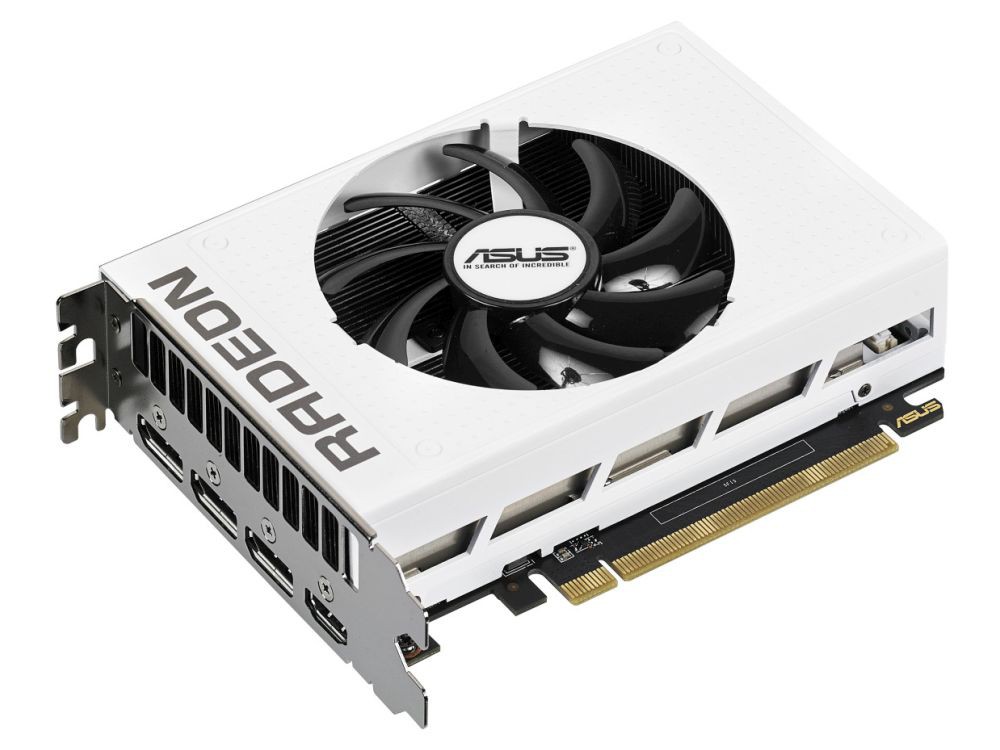 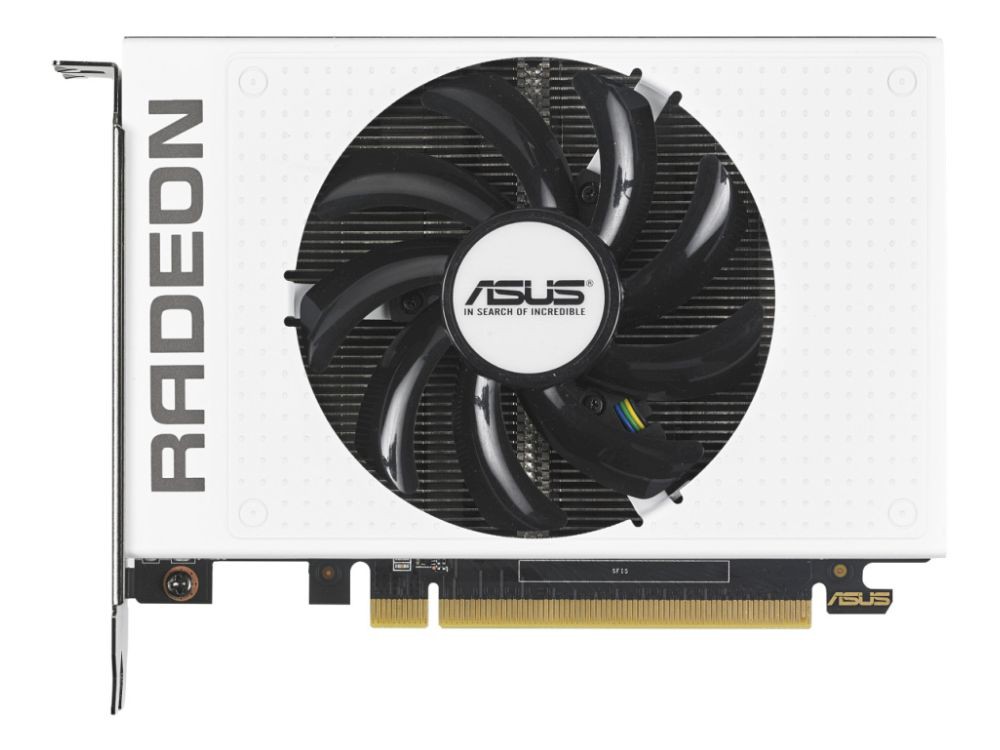