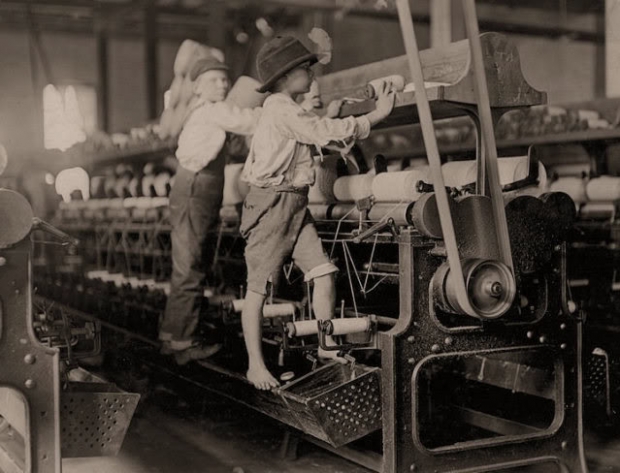 Uncovered by the FT rather than its own checks

Fruity cargo cult Apple has been hit by another child labour scandal, this time involving its Pegatron supplier.

The Tame Apple Press has been doing its best to make Apple appear the good guy in the scandal saying that Jobs’ Mob had “reprimanded” Pegatron.

After being contacted by the FT, Apple said it had stopped giving "new business" to Pegatron, its second-largest iPhone assembler after Foxconn. Strangely though, Pegatron does not appear to have received the memo and workers at the factory said it was still manufacturing new products ahead of the holidays.

Pegatron, which has headquarters in Taiwan but has operations in China, is one of Apple's largest manufacturers, producing iPhones, Macs, iPads and other components for several years.

It has also faced recurring allegations about working conditions from campaign groups such as China Labour Watch.

Until last month, thousands of student interns had assembled iPhones at Pegatron's Kunshan plant and illegally worked overtime and night shifts, according to former interns and workers at the plant. Chinese government regulations prevent students from interning in factories if the work is unrelated to their studies. The alleged coercive use of students during the factory's peak production periods mirrors the abuses previously found by the FT at Foxconn.

Schools and local governments often collaborate to ensure labour supply for big companies in China. The latest disclosures follow the death last month of a worker in his mid-thirties after falling unconscious in a Pegatron dormitory.

Apple said: "We have a rigorous review and approval process for any student worker programme, which ensures the intern's work is related to their major and prohibits overtime or night shifts. Pegatron misclassified the student workers in their program and falsified paperwork to disguise violations."

Pegatron said: "During [a] recent monitoring programme conducted by our customer, some student workers at Pegatron Shanghai and Kunshan campus were identified working night shifts, overtime and in positions unrelated to their majors, which were not in compliance with local rules and regulations."

The question is that if the FT had not investigated, would Apple have even checked?