In the interest of full disclosure, I think I should point out that I already own a Nexus 7 and I use it on a daily basis. Furthermore the T100TA is not a review sample. I got it as a company bonus. Now that I’ve tried it out, I intend to keep it – it will replace my old CULV notebook, although that wasn’t the plan. If that isn’t an endorsement, I don’t know what is. 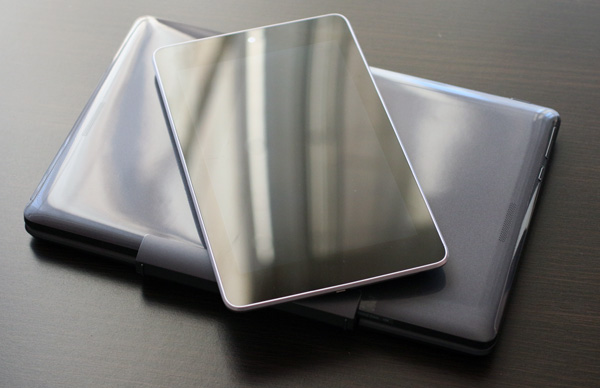 Here is what made me change my mind - I just started using it a lot more often than I expected. Yes, as a classy high-end tablet the iPad Air is much better, as a cheap and compact tablet the Nexus 7 or any of a number of Android tablets make more sense, but the T100 is a proper workhorse and it just lets you get more done on the go. It is as simple as that. It might not have a flashy aluminium body, or a high resolution screen, but it soldiers on for hours and it allows you to do some actual work on it.

It is by no means perfect, but at $349 for the entry level 32GB version or $399 for the 64GB model, it is really hard to complain. Of course, the 64GB version makes a lot more sense, since the 32GB one has about 16GB of storage left out of the box. It’s a pity Asus did not go for a fully enclosed microSD slot, as it would have made quite a difference. Storage is a lot more important on Windows tablets than on Android tablets for a number of reasons, and I wouldn't complain about this seemingly minor flaw on an Android tablet. 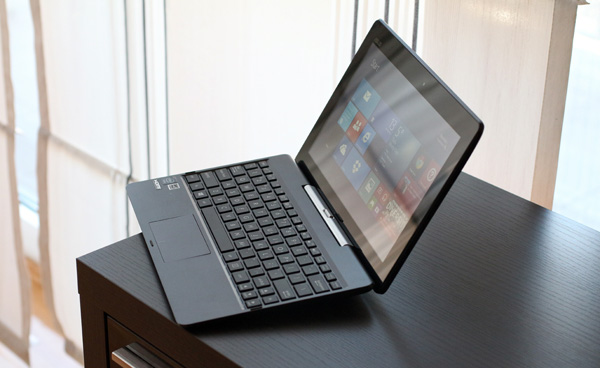 In terms of sheer speed, the T100TA performs admirably, although faster storage and more RAM would have gone a long way. Still, it is powerful enough to double as a ultraportable notebook or even an emergency desktop replacement, thanks to the micro HDMI port and USB 3.0 connectivity.

Netbooks may be dead, but Chromebooks and cheap hybrids like the T100TA are coming – and they are blurring the lines between traditional notebook form factors. Bay Trail also makes me wonder what would have come about had Intel not treated the Atom programme as an unwanted stepchild for years. In retrospect it was obviously a very, very bad call. Another problem is Microsoft. It’s getting there, Windows 8.1 is a step in the right direction, but it still doesn’t cut it as a tablet OS.

If you think you need a Windows 8.1 hybrid, the T100TA comes highly recommended and for the time being at least - it offers truly unbeatable value.