Review: It delivers Über performance with a lot less noise

Today we’ll take a closer look at XFX’s custom Hawaii card, the R9 290X Double Dissipation. XFX settled on a dual-fan cooler with what might be the most attractive shroud placed on a Radeon card in a while. Of course, aesthetics aren’t enough, but XFX promises that the custom cooler should reduce average load temperatures by up to 20 degrees Celsius, with a noise reduction of up to 30 decibels. As you can see, we have a good reason to commend XFX for the design – the card looks stunning. 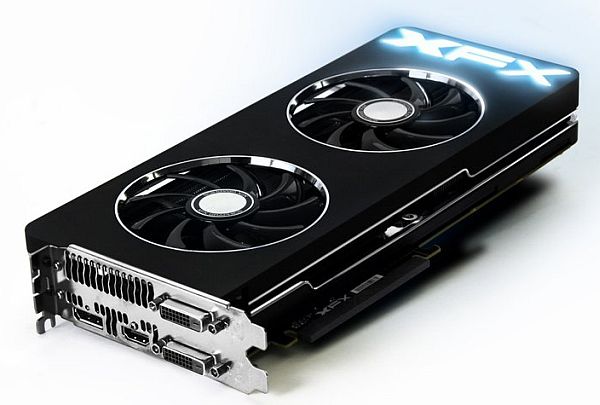 We already had a chance to see the Ghost 2.0 cooler in action on R9 280X and R9 270X cards, but for the R9 290X the design underwent a few tweaks to improve performance.

The reference AMD R9 290X features a rather problematic cooler which takes a toll on performance, unless you manually increase the fan speed in which case it gets quite noisy. The reference cooler simply doesn’t allow the card to work at 1000MHz in most scenarios. With the Über BIOS, the clock is set at 1000MHz, but once again the fan renders the card noisy and unsuitable for home use. This is an obvious opportunity for XFX and other AIB partners to come up with superior custom cards. The XFX card is supposed to deliver Über performance with a lot less noise and it does the trick.