A 1.1kg hybrid with an 11-hour battery, keyboard, HDMI and USB sounds like an ideal all-in-one device for road warriors and it many respects it does not disappoint. From a purely ergonomic standpoint, the unusual location of the Windows button is probably one of the biggest problems. In addition, the glossy, rounded hardware buttons feel cheap and slippery.

However, other than that, there aren’t that many foibles to report. The front-facing camera is a bit on the cheap side, but it's no worse than similar cameras on other low-end and mid-range tablets. 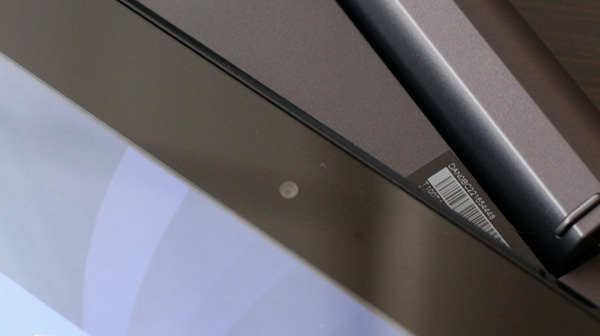 What about the bold 11-hour battery claim? Believe it or not, the 2-cell 31Whr battery really can deliver upwards of 10 hours in some scenarios, with brightness reduced by a third. Since the screen is not that bright to begin with, most users will probably keep it at max, but even then you should be able to about eight hours worth of browsing. Of course, under load, when Turbo kicks in, you are looking at less than five hours. Still, this is very impressive indeed and it is better than many overhyped Android and iOS tablets can deliver.

Time for some nitpicking then.

The micro SD slot is exposed, so if you decide to use it, you will have to live with the fact that the memory card protrudes once it is inserted. Not by much of course, but even a millimetre is enough to make it annoying. This was a bad call. With 32GB or 64GB of storage, many users will no doubt choose to add more storage in the form of a speedy microSDHC card. A fully enclosed slot, flush with the surface, would have been much better.

The 2-amp charger seems to take forever to fully charge the T100TA, but luckily you won’t have to charge it too often, as most users will get upwards of two days of regular use on a single charge. Since it is a standard micro USB port, you will be able to use any standard charger when you run out of juice.

Every time a company rolls out a new ultraportable or tablet, one part of the press blurb usually involves some new audio technology that is supposed to deliver great sound quality from a couple of pathetic speakers. Asus calls it SonicMaster technology and it says it was developed by “a team of experts in the Asus Golden Ear team.”

Geeks usually dismiss such claims at a glance, but this time around I must admit I was dead wrong. For a tablet, the sound quality is epic. Granted, it is still not on a par with big laptops, but for a tablet the sound is really, really good. There is plenty of bass, although high tones could have been better. The speakers are loud enough to enjoy video or even music if you’ve got nothing better around.

This is what really irks me with most high-end tablets. They pack stunning high definition screens, but they are just not loud enough to truly enjoy a few videos or some internet radio. The much cheaper T100 gets the job done admirably, so kudos to the Golden Ear team.

Best of all, you don’t have to worry about covering the speakers, as the resonance chambers inside are arranged in such a way that you couldn’t cover everything even of you had an extra pair of hands. The chambers also appear to be using part of the dock assembly, hence the device is somewhat quieter in laptop mode. 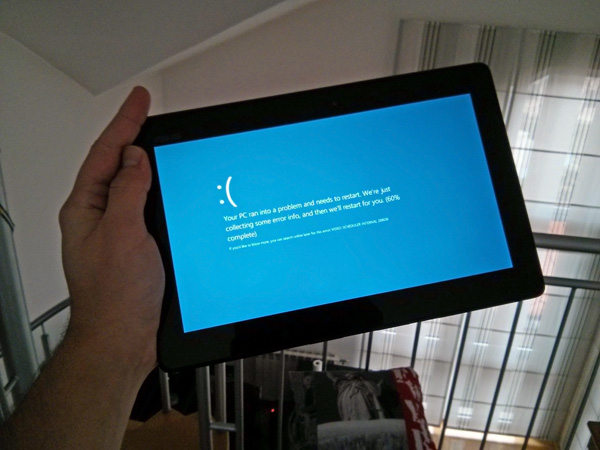 The biggest problem in everyday use has nothing to do with the T100TA or Asus for that matter. Windows 8.1 is a good operating system and in some respects it makes Android and iOS look rather immature, even childish (e.g. multitasking). However, the user interface just isn’t there yet. The tablet friendly Metro UI works like a charm, but in desktop mode on a tablet it can be a handful. That’s where most x86 irrelevance arguments are coming from – yes, you can run legacy applications, but they can be a pain to use in real life. Although I wouldn't agree completely, it is a fair swipe at Windows tablets.