This is not bad for a 10-inch device built on a very tight budget. Better yet, Asus didn’t pinch pennies when it came to the battery – it is a 31Whr 2-cell Li-Poly unit and the company claims it can keep the show running for 11 hours. In the real world you are looking at 8+ hours.

Of course, this is still a cheap device, so there’s no brushed aluminium, magnesium or tough polycarbonate. Aside from the Gorilla Glass covered screen and the rubberized back of the keyboard dock, everything else you happen to touch is plastic. The back features a high-gloss finish with Asus’ trademark concentric circle texture under the finish. Don’t let the pattern fool you, the finish is as smooth as glass. The texture is under the finish, not a part of it. Needless to say this is an invitation to smudges and fingerprints.

The back features a couple of speakers, an Asus logo and that’s it. There is no rear facing camera, which is understandable.

Of course, since this is a transformer, the latches and dock port dominate the bottom. 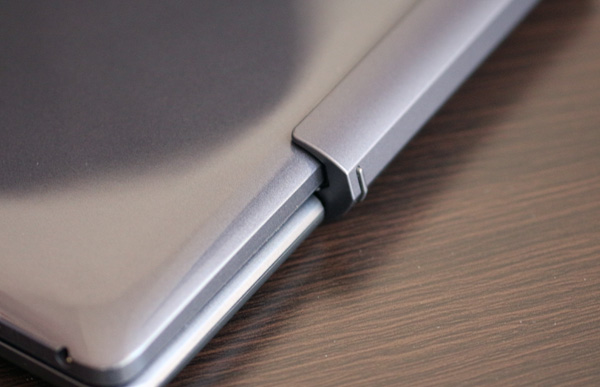 The “dockable” hybrid design also necessitates the use of a hardware Windows button instead of a capacitive button that is used on most Windows tablets. 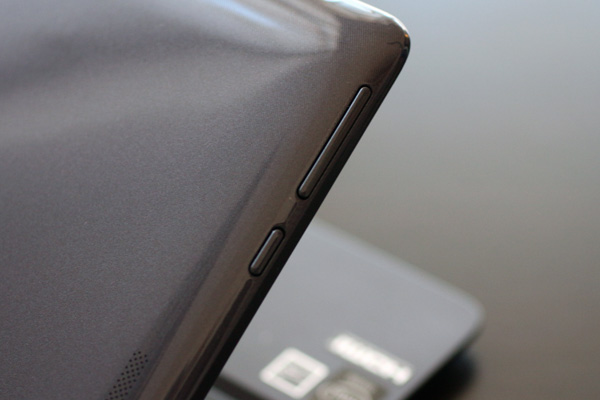 Asus chose to place the Windows button on the left side, next to the volume rocker.

The right side features a standard 3.5mm audio connector, micro USB and micro HDMI, along with a micro SD card slot. The latter is bound to see plenty of action even if you choose the 64GB version, let alone the 32GB version. 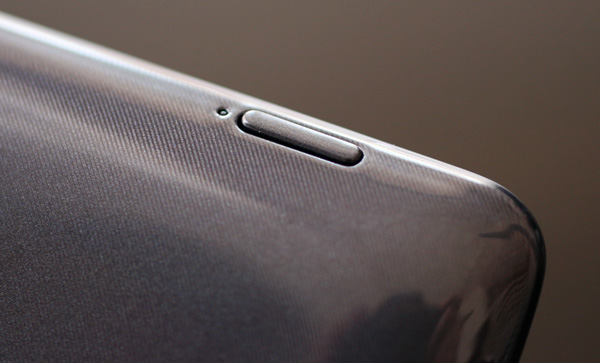 As for the keyboard dock, it is surprisingly well built and luckily it is not glossy. It features a matte finish. The design is not bad, either, with a small clickpad and a neatly arranged chiclet keyboard. The dock feels sturdy, but don’t expect miracles. It will flex under pressure and if you’re not careful, the whole thing can easily tip over, as the tablet weighs as much as the dock. 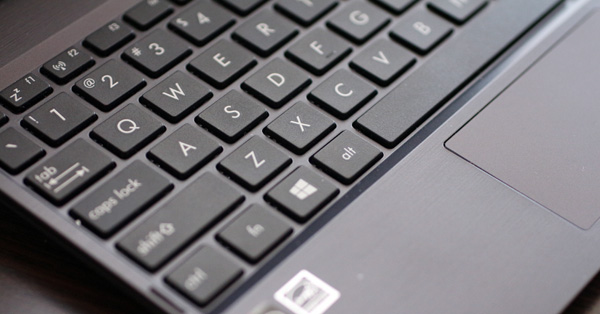 This is one of the reasons it does not have much travel, which may prove problematic for taller users. If you are using it in laptop mode on standard office desk, it should work quite well. However, on a coffee table or in your lap you’ll quickly wish you could tilt the screen a bit lower. Of course, even if you could it would simply tip over. Newtonian physics apply to Asus, too. 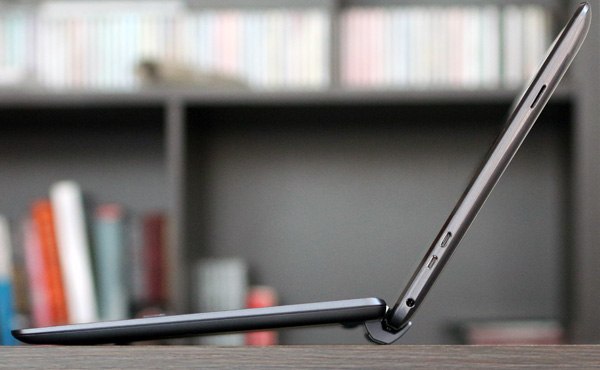 The matte, quasi-brushed metal finish on the top and the soft, matte bottom of the keyboard dock feel like they can stand up to a lot of punishment. The same is true of the docking mechanism. Asus already has three generations of Transformer tablets under its belt and it has learned a thing or two along the way. You don’t need to apply much pressure to get it to latch on and once it does it feels very solid indeed – and trust me, this is coming from a sceptic. One possible issue that may arise down the road is the long-term effect of the docking mechanism on the glossy backside of the tablet. Although the inside of the assembly is soft (it feels like microfiber), it might start to leave marks after a while.

Overall the understated design is quite nice, although it’s not as nice as some high-end Asus products. Asus has plenty of head-turning Ultrabooks and Transformers with a posh aluminium finish. In other words Asus has spoiled us with its sleek high-end designs. However, we doubt anyone will complain at this price point.

The T100TA looks serious enough to take to a business meeting, which can’t be said of many cheap tablets and ultraportables. It doesn't look out of place in the office, or the FUD lair as we like to call it. Granted, it's not exactly a catacomb filled with members of a dark Illuminati cabal hell bent on sapping and impurifying your precious bodily fluids, but it will have to do. As soon as find a hollowed-out volcano in Bosnia, we will move. 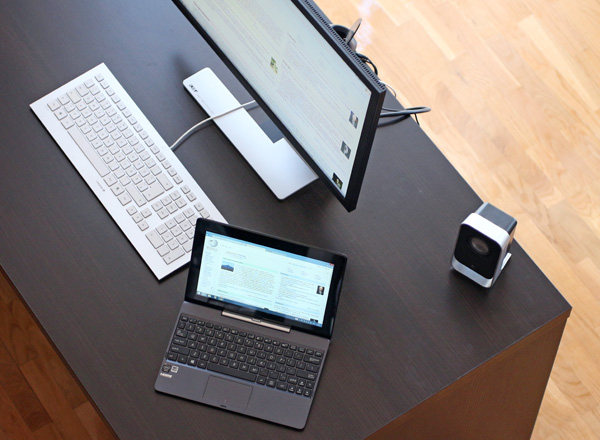 One of my biggest complains may sound like a case of nitpicking, but the hardware buttons should have been somewhat better, especially the volume rocker. Like the rest of the back, they are glossy and they have rounded edges, so they just don’t feel right. If you think this is something that just takes getting some time used to, I am not so sure. Last year I got a Nexus 4 I still hate its volume rocker for the same reason.