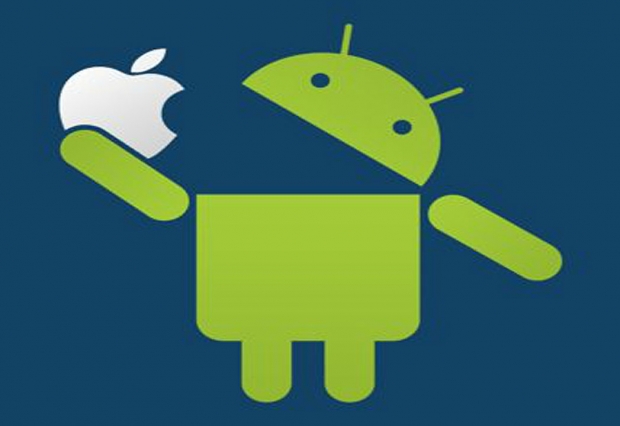 Falling customer numbers? There is an Android app for that

Desperate to drive customers to its flagging iPhone 6S and its Surface Pro clone Apple has officially created and released an Android app.

Dubbed move to iOS it's designed to bring Android users into Apple's walled garden of delights and hope that they will be trapped by the reality distortion field.

It's a free app available now from the Play Store, and it works with any Android device (phone or tablet) running Android 4.0 or newer. IT transfers data from an Android device to an iPhone or iPad, creating a local Wi-Fi network to move over things like photos, messages, accounts, contacts, calendars, and bookmarks.

It will download free versions of multiplatform apps, and put any iOS versions of paid apps on an App Store wish list.

When you finish the process, the Android phone will start the brainwashing process. It will claim you can recycle this Android phone for free at any Apple Store.

The app claims that the handset is automatically useless and worthless now that you've entered the iPhone universe.

Apple sees some merit in this sort of approach. You'd never, ever see a "Switch to Android" app on the App Store because Apple users would discover that their life could be better and much cheaper if they leave.

Google, on the other hand, does not really care – it works on the safe basis that anyone who moves to iOS will be back when they realise they are paying more for less.  There is just so many times that you can mortgage your house and sell your children for scientific experiments before you realise that your old  Andriod phone did the same thing for half the price.

Last modified on 17 September 2015
Rate this item
(11 votes)
Tagged under
More in this category: « Foldable smartphone out after Christmas iOS 9.0 gets speed security improvements »
back to top