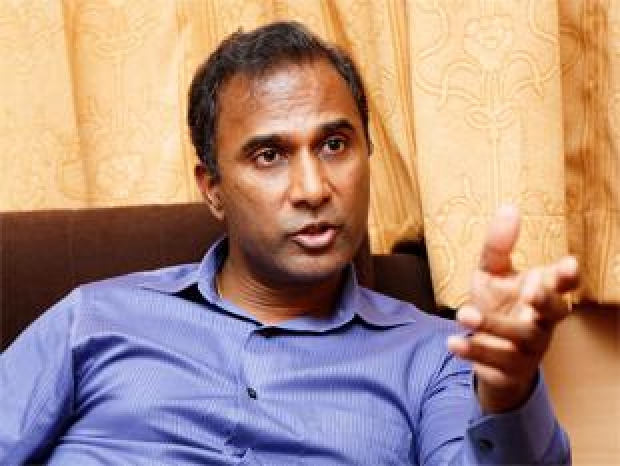 Using a mixture of well-placed court cases, Shiva Ayyadurai is close to rewriting history so that the world declares him the inventor of the modern email system.

According to a long article in Ars Technica, for nearly six years publicly proclaiming himself the “inventor of e-mail” and suing or threatening to sue anyone who claims otherwise, Ayyadurai is close to getting his dream.

In 1982 Ayyadurai wrote a program called “EMAIL” and it was used by the University of Medicine and Dentistry of New Jersey. He copyrighted the code in 1982.

Ayyadurai says that was invention of the “the electronic mail system as we know it today”. Mainstream tech history books don’t mention it, well other than the ones he wrote.

The declaration flies in the face of claims by Dave Crocker, one of a group of ARPAnet pioneers who was using e-mail by 1974. He said few people were aware of ARPANet when he invented email.

Ayyadurai claims that the 1988 e-mail program Eudora as an example of something that followed his invention, although he does not have any evidence of that and Eudora founder Steve Dorner said he’d never heard of Ayyadurai.

But what matters to Ayyadurai was that he got the copyright and that means he invented it.

But what does that matter? In 2016, Ayyadurai sued Gawker, which had published a biting and widely read article critical of his claims. Several months later, with Gawker in bankruptcy proceedings after losing a defamation lawsuit brought by former pro wrestler Terry “Hulk Hogan” Bollea, the site agreed to pay Ayyadurai $750,000 to make him go away.

The next target was Techdirt. Its founder, Mike Masnick published more than a dozen detailed articles attacking his claims. According to the complaint, some of the sharp-toned Techdirt articles dubbed Ayyadurai a “fraud,” “liar,” and “charlatan.”

In January 2012, Ayyadurai decided to donate all his EMAIL material to the National Museum of American History at the Smithsonian Institution. The Washington Post ran a piece in its “Innovations” column stating—incorrectly—that Ayyadurai had been “honoured by [the] Smithsonian” as the “inventor of e-mail”.

This created a bit of a mess and eventually The Smithsonian issued a public statement on February 23, 2012, making clear that the Institute did not believe Ayyadurai had invented e-mail. “Exchanging messages through computer systems, what most people call ‘e-mail,’ predates the work of Ayyadurai,” the statement read.

“These ARPAnet guys, these old guys saying that they’re the ones who invented e-mail. OK?” he continued. “And I’m telling you, e-mail is the electronic version of the replicated form of the interoffice mail system, and I defined it. I called it E-M-A-I-L. These are facts. Did they get the copyright? Did they write the code? Did they get it up and running?”

He also does not like Vint Cerf much either. Cerf said that there is no evidence that Ayyadurai’s work had any impact on the development of electronic messages that stem from early ARPAnet work.

“What does Vint Cerf know. I know Vint Cerf. They created their Internet Hall of Fame seven days after I went in the Smithsonian. Are you aware of that? These guys want to re-write their history.”

But it is starting to look like the Techdirt court case is what will decide if Ayyadurai’s history is correct or not. He is suing Techdirt for $15 million which will kill the magazine if he wins. What is worrying is that the case might not get to court because Techdirt could be killed off by the legal bills.

Techdirt's only chance to win is that a judge could throw the case out under California’s “anti-SLAPP” (Strategic Lawsuits Against Public Participation) law, which is designed to halt cases that stifle free speech and have little legal merit. However, Masnick was sued in Massachusetts.

The story gets interesting too as it turns out that Ayyadurai is interested in getting involved in politics. He was a vocal Donald Trump supporter and will run as a Republican against Senator Warren in the 2018 senatorial election.

He even has a new book out: All-American Indian: The Battle to Save America from the Elites Who Think They Know Better. A June 1 tweet touts the fact that he “defeated fake news and shutdown Gawker Media” although that was almost certainly the Hulk Hogan case.

To make all that work he needs to be seen in the eyes of Americans as the Indian who lived the American dream and invented email, so there is much riding on him proving it in court. However there will be many in the IT industry who may feel that he will have done that on the back of re-writing history.

Last modified on 14 June 2017
Rate this item
(0 votes)
Tagged under
More in this category: « Pets set to connect to the internet Google hires Apple chip bloke »
back to top