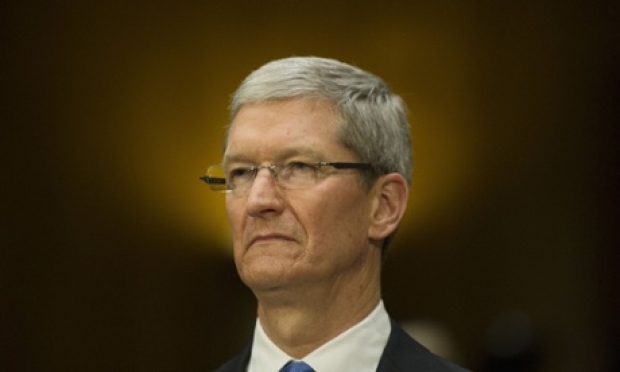 Why he should not have confirmed the EU's case

Corporate historians will look at Tim Cook’s handing of the EU tax case as a moment where he should have shut up and saved both his and other company's billions in tax..

For those who came in late the EU had enough of Apple’s tax fiddling and demanded Cook pay the government of Ireland the $14.5 billion it owes. It is fair to say that there are two ways Cook could have played this hand and he cocked it up terribly both for Apple and other US multi-nationals companies which had been cheerfully screwing the tax system for years.

Cook could have entered into negotiations with the EU with an aim at reducing its back tax bill. It could also have agreed to pay Ireland’s very low corporate tax rate in the future. Had he done so he could have kept funnelling Apple profits through Ireland at a rate which was far less than the US tax rate. He would have saved money in the short and long term and removed a suspicion that Apple was not operating above board in Europe.

Instead he made a big scene in the Tame Apple Press claiming that this was all an anti-American EU attack and lied about the fact that Apple paid all the tax it owed. He said that Apple would fight the tax bill in the courts, which rules out any deal with the EU. He is also threatening to bring all the money he stored in Ireland back to the US.

This is exactly the same approach Cook adopted when his company was accused of operating a price cartel to keep the price of ebooks high. It meant that every time there was a hearing, evenApple’s allies in the press had to run a story about how evil the company had been. The evidence was clear and Jobs’ Mob looked like a shit. In the end it had to pay out anyway.

Cook’s current stand not only damages Apple’s credibility, it flies in the face of the fact that Apple only paid .5 per cent corporate tax in conclusion with the Irish government. That figure appears to be conditional on Jobs Mob hiring 5000 people in Ireland. If the EU figures are right, then the cost of employing those 5,000 people were $2.9 million each. Needless to say Irish people are a little hacked off that they were being forced to austerity measures when a lot of their tax worries could have dealt with if the Irish government had not done its deal with Apple.

Cook’s stand actually confirms very publicly that Apple’s been gaming international tax rules in a way that even US politicians have to stand up and take notice. He is showing publicly how rotten the whole system is with the US and Irish government conniving to screw their tax payers so that Apple can make huge profits.

For all practical purposes he has admitted the EU’s case, which is not something he should have done. Personally I think the reason why Cook was doing the very thing that CEOs in his situation should not do, is not because of any cunning plan. I think Cook has been with Apple so long that he really believes his own bullshit. What is particularly crazy about this bullshit is that he honestly expects others to believe it too.

The tax plan was set up by Steve Jobs and made Apple rich. For Cook to say that the tax plan was tax evasion is admitting that Jobs was a deeply flawed messiah. If Cook could not believe that after Jobs was revealed to have set up a price cartel he is not going to believe it now.

But what this current issue is showing up is that Jobs might have made Apple great, but he did this by making Apple evil and pretending it was good.

So what happens next? If Apple appears this fine it will certainly lose. No European court will think that its special deals with the Irish government were fair to the thousands of other corporates who pay their tax.

If Cook does bring back the money to the US to be taxed, Apple will be hit with a huge bill – something that Jobs wanted to avoid. Apple’s cash pile will shrink and share prices will drop.
But bigger than that, and effecting more people, is that governments are under pressure to bring Cook and other multi-nationals to heel. The more noise Cook makes, the more the public are going to scream to politicians to demand that him and his multi-national club pay up.

Cook should have kept his mouth shut, but his religious conviction that Apple and Steve Jobs could do nothing wrong stood in his way. Now he will pay.