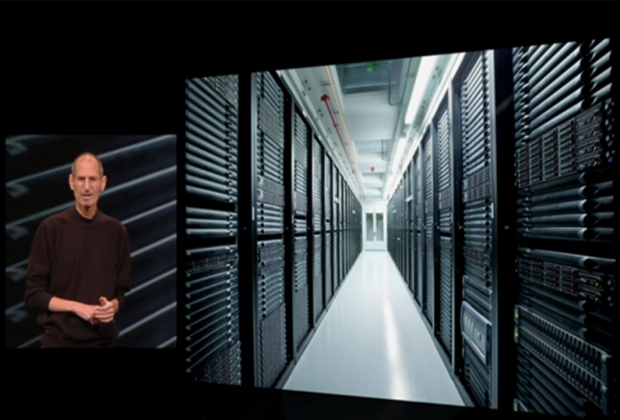 Fruity Cargo cult Apple has spent billions trying to build its own cloud structure and failed and rather than question its own networking competence it is blaming the government.

This week Google let it be known that Apple was shifting a ton of its iCloud onto its structure. This was rather odd given that for years Jobs Mob has been hitting the headlines with its solar powered data centres. These data centres cost billions should have given Apple more data power than Google.

In 2011 I followed up some American claims that these data centres were not being used and published reports that they were pretty much unmanned. At the time we thought that Apple did not need that sort of data power and it was a waste of money. However we were surprised to discover that Apple had given up and gone to a company that knew what it was doing.

The Information magazine said that Apple’s data centre operations had been a disaster from start to finish.

“The fact that Apple now has gone back and signed a deal with Google basically says they don’t have as much faith in doing this internally as they thought they did,” one of its deep throats said.

So why has Jobs’ Mob cocked up so badly? According Business Insider it is not Jobs’ Mob’s fault. If you ask the company, people will tell you that Apple is worried that the servers it is buying have been loaded with spying hardware and software. It thinks its vendors have agreed to put "back door" technology for government spying.

At one point, the company even had people taking photographs of the motherboards in the computer servers it was using, then mark down exactly what each chip was, to make sure everything was fully understood.

However tin-foil hat paranoia should not have slowed things down that much. In any event if Apple is so concerned about being spied on why did it outsource to Google which is as likely to have NSA approved backdoors as Apple?

While there is no doubt some form of paranoia at Apple, which currently believes its own spin over the government’s warrant to crack an iPhone, we are talking about years that Apple’s database woes have been dragging on.

What is more likely is that Apple does not have the people or the concept of setting up mega-data centres. Jobs’ Mob historically has been pants when it comes to networking and mega-data centres require networking aces. Possibly the reason that Apple continued to throw money after it was that it was the brain child of Steve Jobs and they fear angering his ghost.

Last modified on 24 March 2016
Rate this item
(7 votes)
Tagged under
More in this category: « Samsung PM971 is company's first BGA SSD Server sales on the rise »
back to top