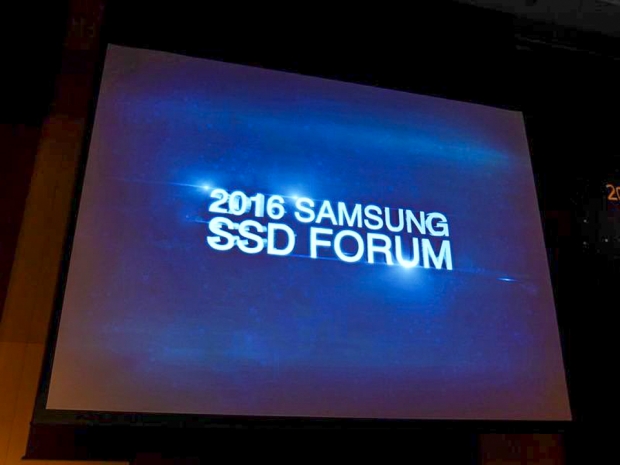 During Samsung’s 2016 SSD Forum in Japan, the company took the wraps off its first ever ball-grid array (BGA) solid state disk for mobile devices, the PM971.

The new Samsung PM971 SSD aims to replace module-based M.2 drives in the 2-in-1 hybrid PC market. The company is claiming it will offer improved thermals, up to 10-percent more battery life and a reduction in vertical storage height for OEMs, product designers and system manufacturers. 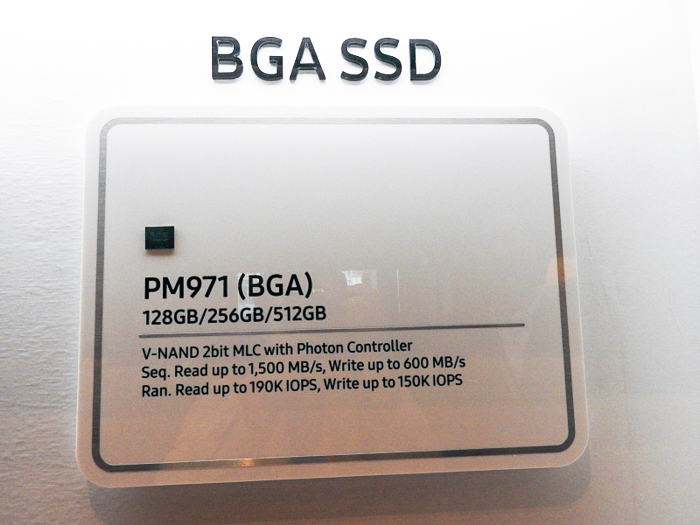 The Samsung PM971 built using the company’s Photon controller and runs MLC 3D V-NAND (contrary to the picture above, PC Watch claims it is actually 3-bits per cell). The drive will be available in 128GB, 256GB and 512GB storage capacities and will feature sequential reads up to 1,500MB/s, sequential writes up to 600MB/s, random reads up to 190,000 IOPS and random writes up to 150,000 IOPS. 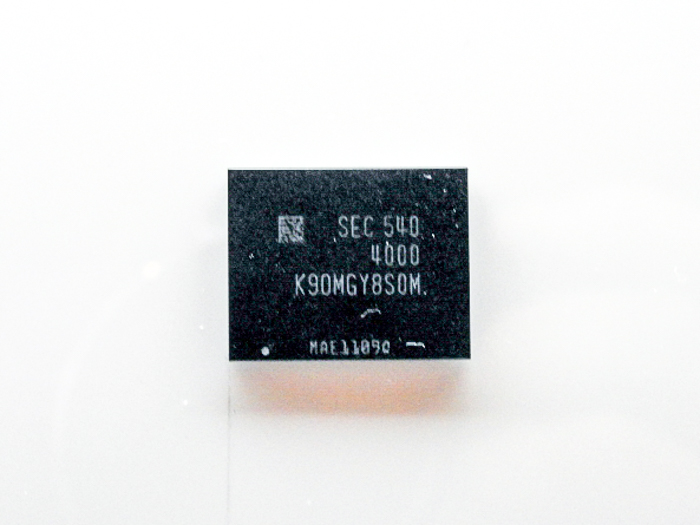 In general, SSDs with BGA packaging are considerably smaller than those using the M.2 form factor, and Intel has claimed that using a PCI-E BGA SSD could allow an increase in battery size by around 10-percent compared to using an M.2 2260 SSD (with GPIO using 1.8v power rail instead of 3.3v), lower thermals than M.2 (from BGA ball conduction to motherboard instead of through M.2 mounting screws), and a vertical height savings of 0.5mm to 1.5mm in notebook devices.

The nice thing about BGA SSDs is that they are “complete” storage solutions and integrate NAND flash memory, the NAND controller and DRAM all into a single package. Currently, there are several BGA M.2 form factors being proposed that will make single-chip SSDs a reality sooner than later as the result of a collaboration between HP, Intel, Lenovo, Micron, SanDisk, Seagate and Toshiba. The four BGA SSD packages proposed are Type 1620, Type 2024, Type 2228 and Type 2828, ranging anywhere between 16 x 20 millimeters and 28 x 28 millimeters with up to 2-millimeter vertical height. It is currently unknown whether the Samsung PM971 adopts any of these proposed BGA M.2 standards. 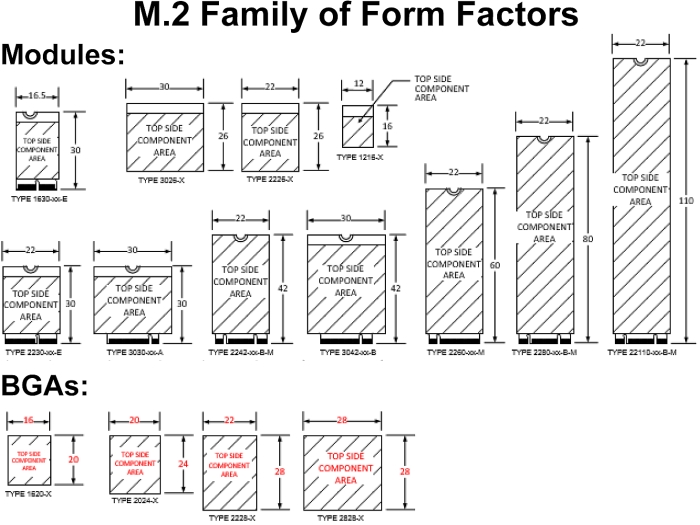 Based on the demonstration at the 2016 Samsung SSD Forum in Japan, the PM971 offers decent performance thanks to a PCI-E 3.0 x4 interface and the company’s new Photon controller. According to the PC Watch website, the drive is physically smaller than an SD card and Samsung expects device manufacturers and OEMs to begin adoption in the second half of 2016 or the first half of 2017.