Server sales on the rise 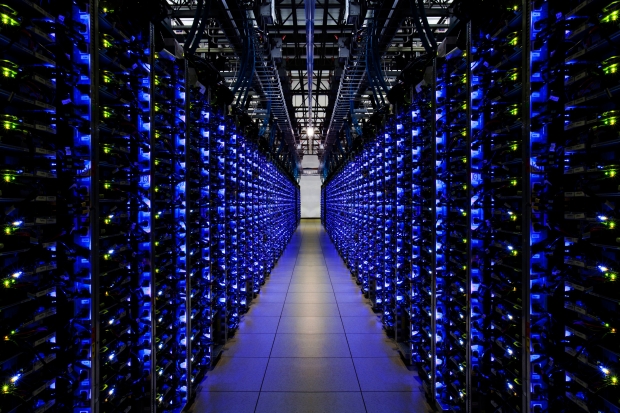 Beancounters at IDC have added up the numbers and divided by their shoe size and are claiming that the fourth quarter of 2015 the EMEA server market continued to show moderate growth.

IDC said that vender revenues grew by five percent to $3.9 billion in the last quarter and more than 625,000 units were shipped, which was a drop of 1.6 per cent .

For the full year 2015, vendor revenues were $13.2 billion and 2.6 million server units were shipped. IDC said that this trend was caused by the weakening dollar that forced average selling prices (ASPs) in local currency higher over the course of 2015, and the continued movement towards richer configurations for compute-intensive workloads.

The EMEA non-x86 market showed positive growth in the fourth quarter of 2015 when compared to the third quarter of 2015, as revenues were up 17.9 per cent, reaching US$780 million and driven strongly by CISC machines, which showed double-digit growth (57.6 per cent).

Giorgio Nebuloni EMEA associate research director, European Infrastructure said that the growth was pushed by longer refresh cycles, some dating back to 2014, and although this has driven the non-x86 market in the fourth quarter of 2015, larger vendors that play in this market are still seeing a notable decline in annual refresh cycles, a trend that IDC believes will continue into the foreseeable future.

"The x86 market in EMEA has started to see some normalization since the currency impact started to ease, leading to moderate 2.2% growth on year in vendor revenues, reaching a new record of US$3.1 billion, said Andreas Olah, senior research analyst, European Infrastructure. "A large share of this revenue growth has been generated by the construction of new hyperscale datacenters by several global cloud service providers. In addition, the growing hunger for more powerful, mission-critical machines with large memory pools has fueled further ASP increases, especially on the blade side."

The strong performance of the x86 server market in Western European this quarter  of 6 per cent compared to last year came from the larger systems product segment, which saw on-year vendor revenue growth of 39.1 per cent  driven strongly by an increasing adoption of Big Data and IoT.

Eckhardt Fischer, research analyst, European Infrastructure at IDC said that besides the larger systems market, Western Europe also saw the x86 density optimized segment break the $300 million vendor revenue mark, for on-year growth of 30.2 per cent. A huge achievement as more and more of the enterprise market finds its way to the cloud, driving the buildout of the larger datacenters.

"Central and Eastern Europe, the Middle East, and Africa (CEMA) server revenues continued to decline in the last quarter of 2015," said Jiri Helebrand, research manager, IDC CEMA. "Indeed, revenues fell by 5.5% to US$891.83 million on the back of weaker demand for x86 servers. In contrast, non-x86 sales recorded 10.8% on-year growth driven by IBM Z Systems refresh cycle. The Central and Eastern Europe (CEE) sub-region declined 4.6% on year, with revenues of US$475.59 million. The Russian market continued to underperform, while Poland, the Czech Republic, and Romania observed double-digit growth thanks to improving economic conditions and delivery of HPC deals. The Middle East and Africa (MEA) sub-region declined 6.5% on year to US$416.24 million as IT projects were scaled backed due to the unfavorable economic situation impacted by falling oil prices. Despite the negative business sentiment in the region, Turkey recorded double-digit growth driven by demand from telecommunications and finance verticals."