The full performance of the reference R9 290X , i.e. 1000MHz for the core, comes to light only in Über mode, when the fan is allowed to speed up to cope with the heat. However, in Über mode the reference card simply gets too loud for most users.

Although the XFX Double Dissipation R9 290X is a non-reference card, it is not factory overclocked.  The XFX card offers similar performance to the R9 290X in Über mode, but thanks to its non-reference cooler it stays quiet. In fact, it is quieter than the reference card in Normal mode, which is very impressive indeed.

It is not just about noise and longevity. When we first tested the reference card using Quiet BIOS we quickly found that it spends most of its time clocked at less than 1000MHz and under load the GPU usually doesn’t go over the 900MHz mark. However, on the DD R9 290X the GPU stays at 1000MHz. Therefore the card did not exhibit any performance drops, which can’t be said of the reference card, as it throttles after it gets hot – and it doesn’t take much to get it hot.

Judging by our tests, the Double Dissipation cooler has a lot of potential. It manages to keep the GPU under 78 degrees Celsius in gaming tests. The reference cooler does not even come close and as long as you keep the card under load it hovers around the 95 degree mark. Note the target GPU temperature on reference R9 290X cards is set at 95 degrees Celsius.

In overcocking we ended up with a 150MHz GPU overclock, 15 percent over the reference clock. This is a relatively good score. 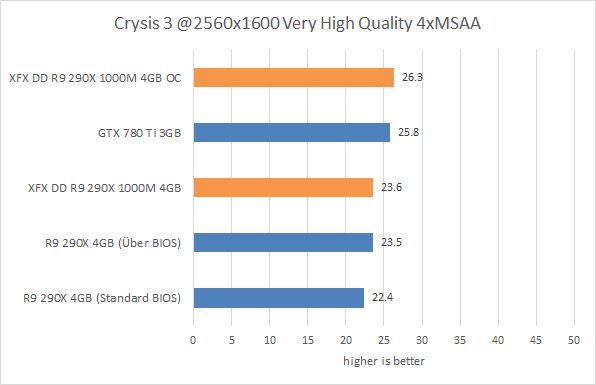 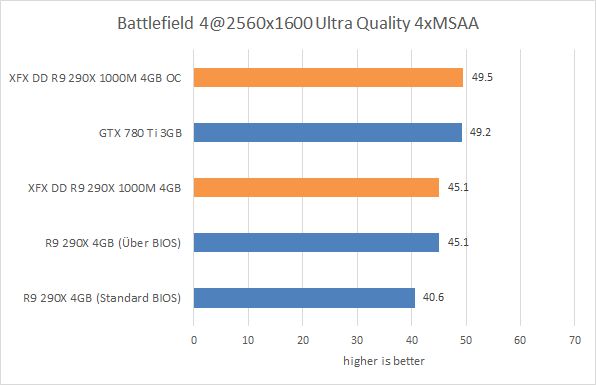 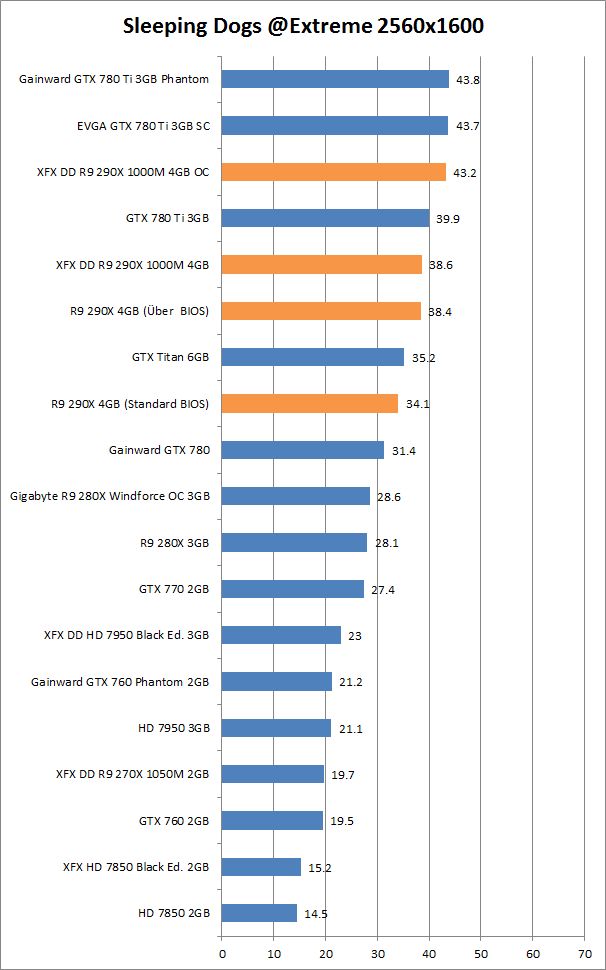 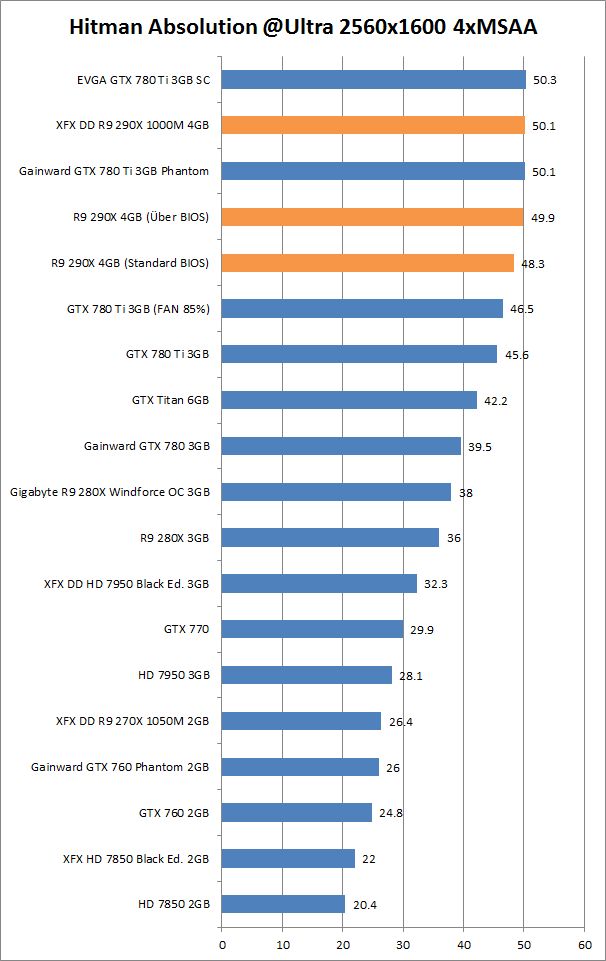