AMD managed to create a new reference cooler for the Hawaii GPUs which is significantly more powerful than the Tahiti reference, but as we already noted it is very loud. XFX’s Ghost 2.0 thermal design is the key factor for better cooling performance and it is a substantial redesign of the original Ghost thermal design introduced in 2012.

The Double Dissipation cooler is held in place with just four screws, but we didn’t notice any instability or vibrations. If you decide to take the cooler off the PCB, you will void the warranty. The next image shows two DD coolers used on the R9 290X and R9 280X, left and right respectively. At first glance the two looks very similar. The key difference is one heatpipe more in the cooper base.

Ghost 2.0 technology allows airflow to cool the heatsink as well as other components on the PCB. As you know, overheated components and even an overheated PCB can also reduce performance. 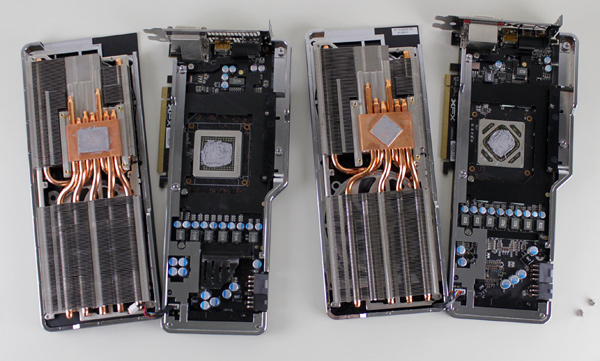 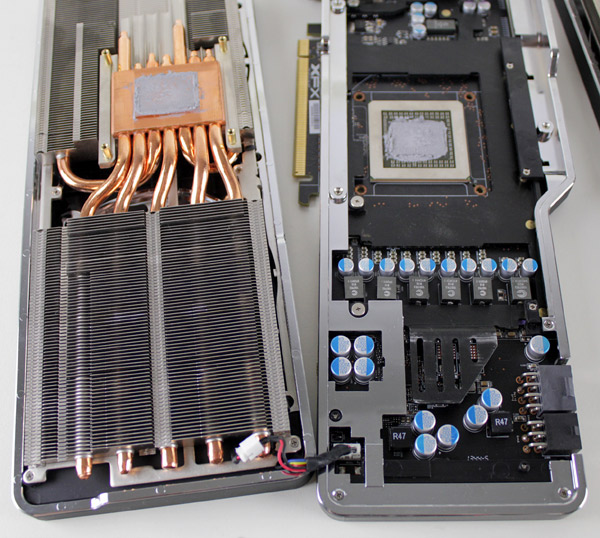 The DD R9 280X cooler has only four heatpipes that goes through the rear part of heatsink. 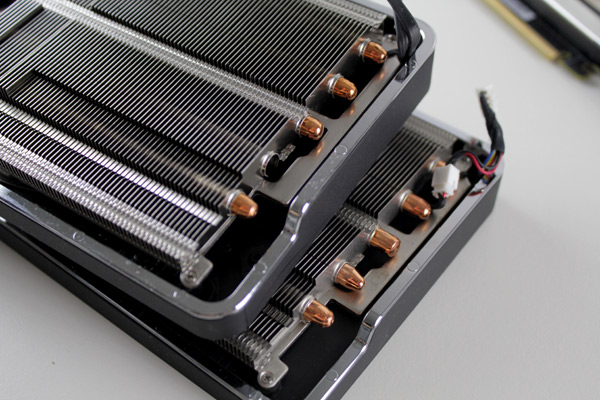 Aside from the GPU, the fans are in charge of cooling hot components on the PCB too. Both fans are connected at the same 4-pin connector on the PCB. Setting the RPM manually is a breeze using AMD’s Overdrive or other utilities like MSI Afterburner or PrecisionX. The DD R9 290X has an additional two-wire connector, which is connected to the fan cable and it is used to provide power for the LEDs behind the XFX logo. 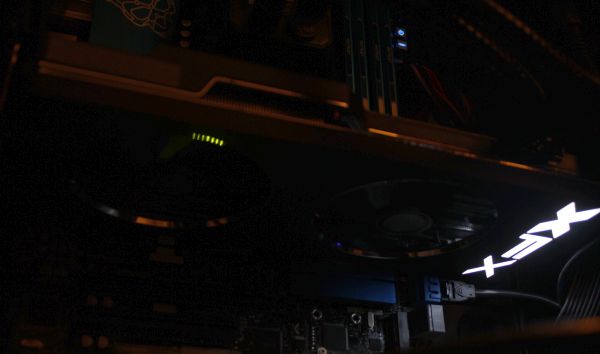 XFX obviously planned ahead when it designed the DD R9 280X cooler. The next image shows that the cooler has room for an additional heatpipe, but it is unused and it is filled with aluminum. 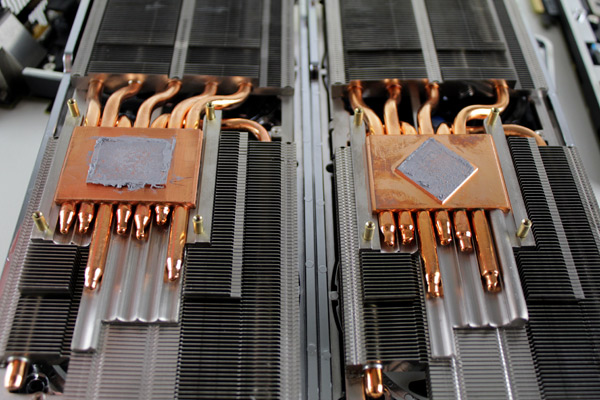 In case you missed it, the Hawaii GPU has a different orientation on the PCB, which is easy to spot looking at the extruded part of the heatsink base. 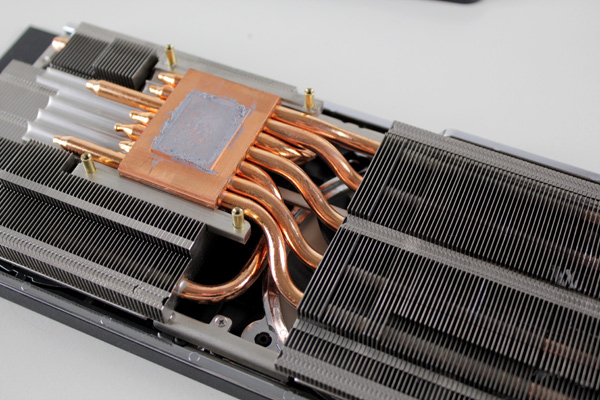 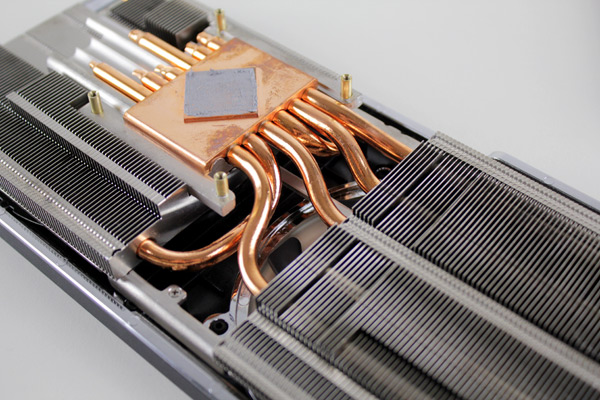 The PCB is equipped with extra power phase IC's and XFX has unlocked the voltage on this card. 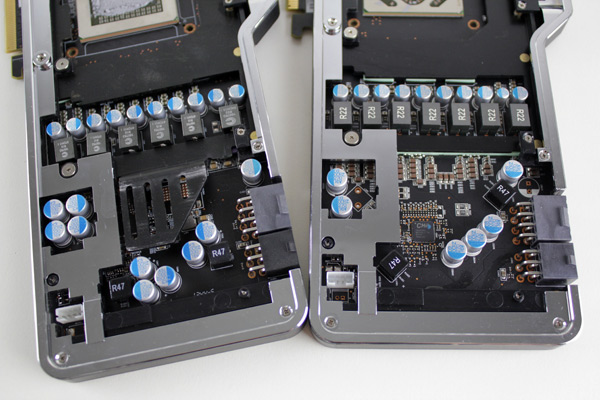 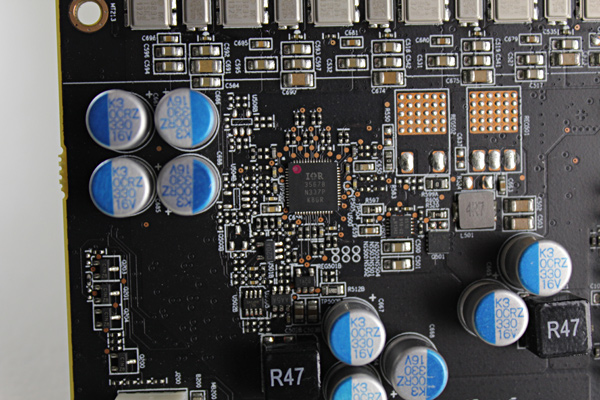 All the memory modules at the front of the PCB are tucked away underneath the reinforcement plate. XFX used high quality components such as solid capacitors and ferrite core chokes. 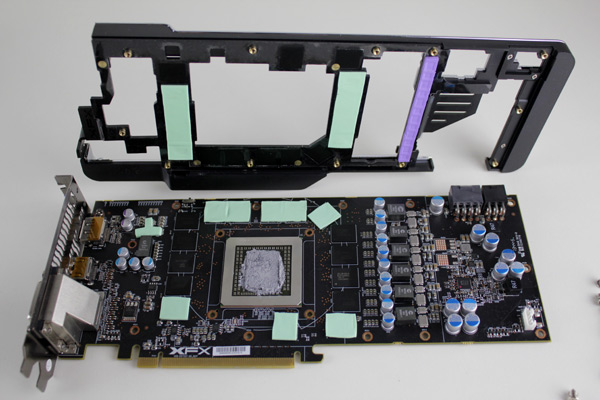 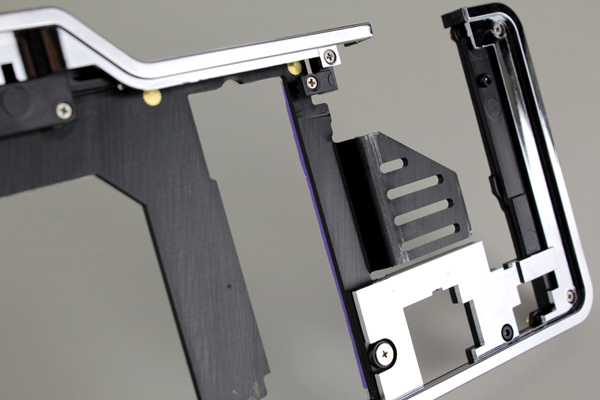 The GDDR5 memory chips are made by Elpida and they are specified to run at 1500 MHz (6000 MHz GDDR5 effective). 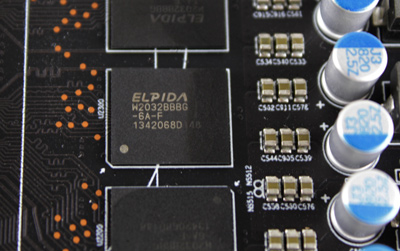