In order to deal with a relatively hot GPU, the card comes with a powerful second-generation Double Dissipation cooler. When we heard that XFX is working on a new cooler we could not wait to give it a go in our bench rig. Why? Because AMD's own cooling solution for the R9 290X did not end up as quiet as we all hoped it would be.

Just to refresh your memory, XFX was among first to hit the market with a non-reference R9 280X graphics card. Thanks to Ghost Thermal Technology 2.0 with Double Dissipation cooler, GPU thermals were kept in check and on top of that our ears were threated more gently compared to the reference cooler.

The same is true of the new R9 290X Double Dissipation card – the cooler on the R9 290X simply manages to provide superior cooling compared to the reference solution while keeping noise levels at a totally reasonable level.

The new cooler matches XFX’s new image, it’s a sleek, all-black design and we find it very attractive. We must say that we miss the old Dual Dissipation cooler with the metal bar on top, with the card name prominently displayed. However, the new cooler is quite a looker, too.

The XFX logo glows when the card is in action, unlike the cooler on the R9 280X. 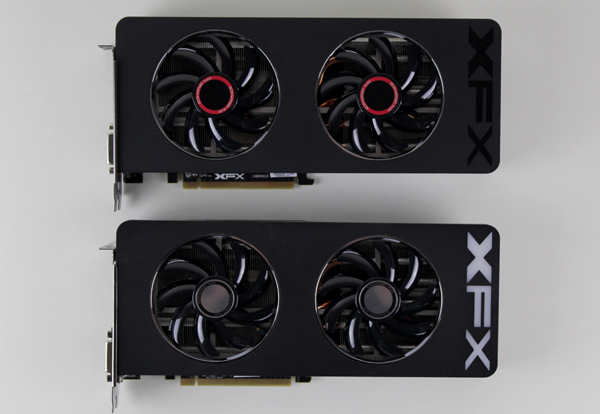 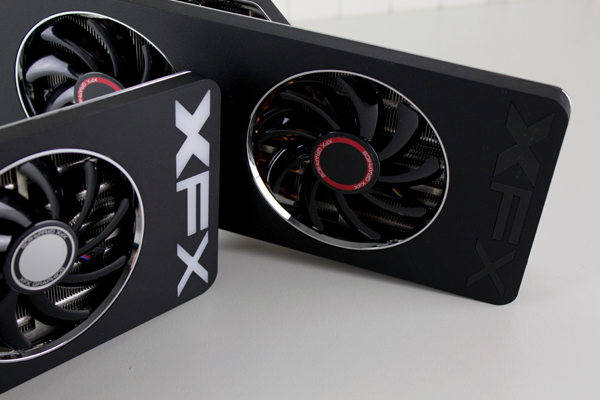 The Double Dissipation coolers for the R9 290/ R9 280 are two slots wide, but they are higher than standard. The new design includes a bigger dissipation surface, which is made possible by extending the cooler's height one and half centimeters over the standard size. 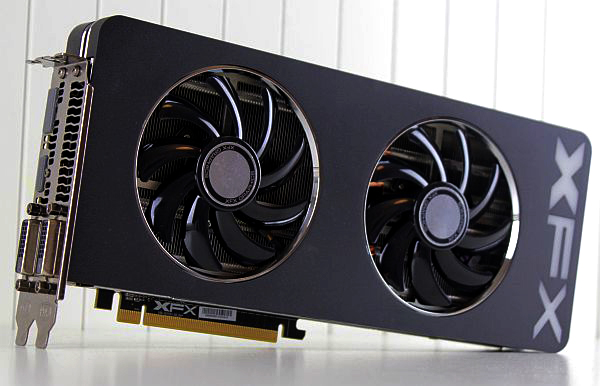 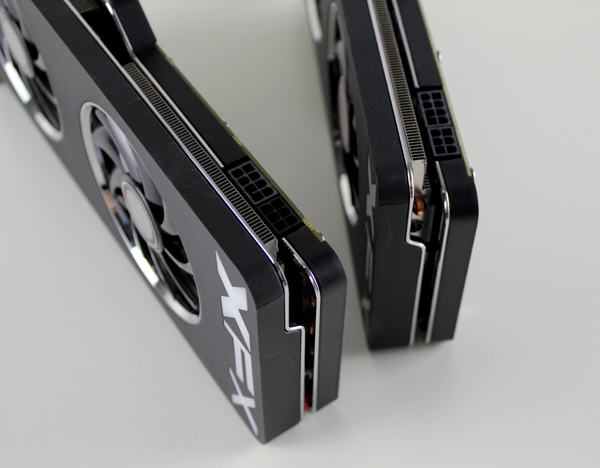 You can see part of the heatsink through the opening at the top of the card. Sadly, the rear of the PCB features no backplate, which is not important for the performance but would make overall design much more visually appealing. 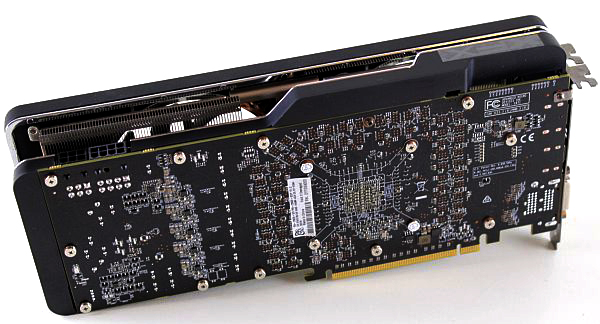 The DD R9 290X lacks Crossfire connectors. AMD correctly assumes that most owners will use their R9 290X on PCI-E 3.0 motherboards that have plenty of bandwidth to ensure communication between two or more R9 290X cards. The decision to drop the connectors also saves a couple of bucks in production costs for AMD and its AIB partners.

The dual BIOS switch on the reference card is used to speed up the fan in Über mode, but on the XFX card the secondary BIOS is used as a backup, if something goes wrong when you try to overclock the card. 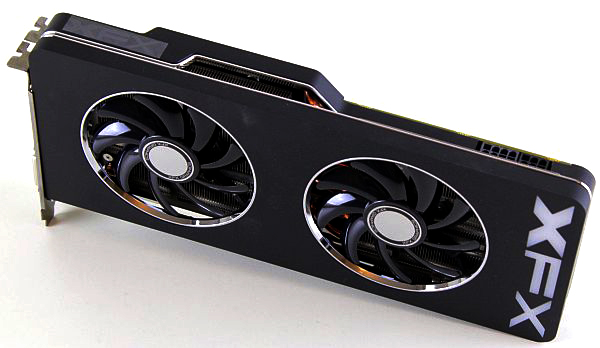 On the I/O panel you will find two mini-DisplayPorts, one standard HDMI and two dual-link DVI connectors. Next generation 4K (4096x2160) and UHD (3840x2160) resolutions are supported, making the card future proof to some extent. The biggest problem of course is the price of 4K/UHD monitors, as they are still out of reach for most enthusiasts.

You can also use any combination of display connectors or use four outputs at the same time. It is possible to chain up six monitors when using an MST hub. One HDMI 1.4a compatible sound device is built in the GPU, which also includes HD audio and Blu-ray 3D movies support so there is no need to connect the card to your motherboard’s/soundcard’s SPDIF out to get audio and video via HDMI.

We tried to remove plastic hood without taking the whole cooler form the card but it cannot be done easily. This is possible only by voiding the warranty and removing the whole cooler from the card. However if you want to clean the fans and the heatsink, you can try to remove only the fans after undoing a few screws. The shroud houses two IP5X Dust Free 85mm low profile fans. XFX opted for two fans that push air downwards, straight at the heatsink. As a result, some of the heat may be released inside the case so you might want to make sure your in-case airflow is adequate. 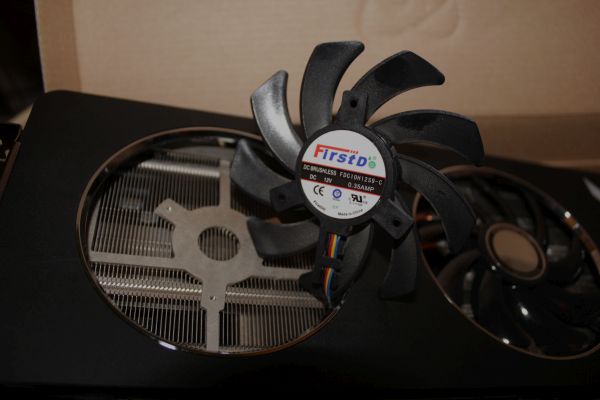