EVGA decided to add a bit of value to the GTX 970 with a custom design and a factory overclock. The new Active Cooling Xtreme (ACX) 2.0 cooler on the GTX 970 Superclocked card has a somewhat different heatsink design compared with the first version which debuted on the GTX 780 Superclocked ACX. The shroud is also visually a bit different, but it is plastic just like the old one. As you can see EVGA also decided to add a splash of blue on the stickers. 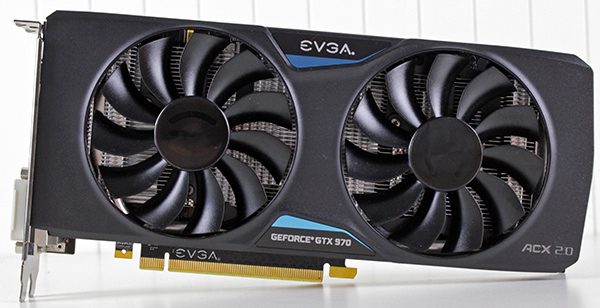 With the ACX/ACX 2.0, EVGA designed a special heatsink with a lot of dissipation surfaces. To maximize dissipation volume, EVGA used a few tricks, such as tall fins at the sides of the cooler. The heatsink was designed in such a way to minimize airflow turbulence between the fans, with clever barriers directing the airflow. Also the heatsink is elongated to match the full length of the PCB.

The new fans are said to be more efficient thanks to a new motor. They can hit higher speeds, while the fan blades are designed to deliver more airflow at lower revolutions. 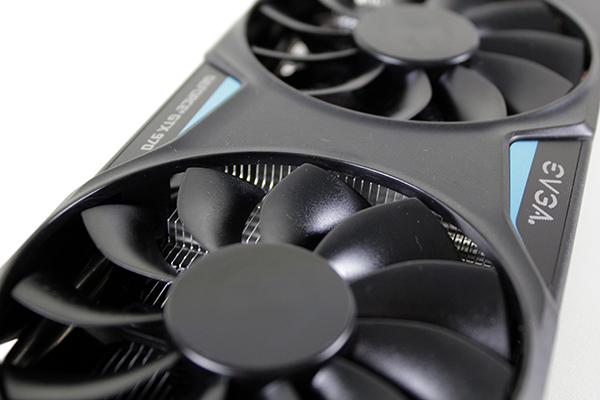 Poor fans are often the weakest link in cooler design and EVGA is fully aware of this fact. That is why it put a lot of effort into tweaking its fans.

The ACX cooler on the GTX 780 Superclocked has 9-blades, but now EVGA uses an 11-blade fan design. The blades are swept. The fan uses a double ball bearing design. The noise generated by ball bearing designs tends to be very low, at least while they are new. However, since this fan uses two ball bearings it should last a bit longer and generate a less noise even after a couple of years of wear. 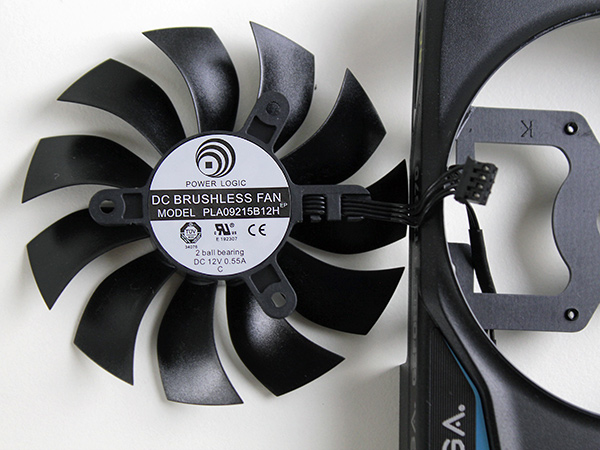 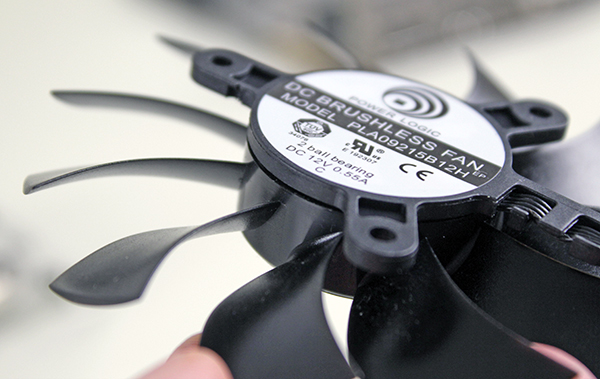 The company even made some promotional materials about the new design.

Nvidia’s stock cooler is so good that the company hasn’t changed it in a while and it is used on the flagship GTX 980 as well. The cooler was designed to provide superior cooling performance and generate very little noise in the process. Since it could cope with 250W Kepler-generation cards, it is obvious that the new Maxwell cards pose no problem whatsoever due to their significantly lower TDP.

The EVGA ACX 2.0 cooler may not be as visually appealing as the stock unit, but it promises even better performance and low noise at even higher clocks. 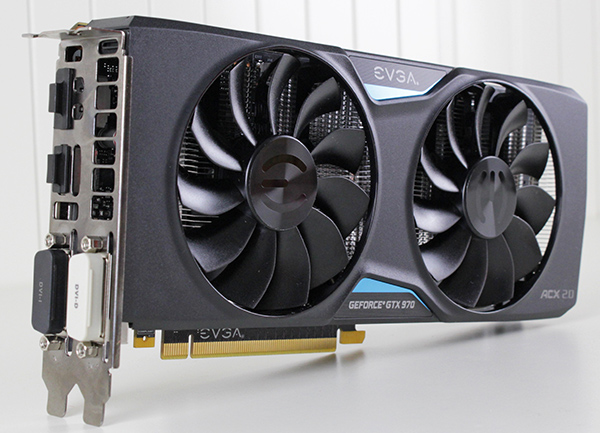 The GTX 970 SC ACX 2.0 is 24.5cm long and it is 11cm tall. Obviously it is a dual-slot design, but it is somewhat smaller than its predecessors. The ACX cooler on the GTX 780 Superclocked ACX is 27cm long.