Nvidia designed Maxwell to deliver a twofold increase in performance-per-watt. This is very good news since it indicates a big improvement in efficiency and performance. On a side note, Maxwell is Nvidia’s tenth GPU generation, so some celebrations are in order. 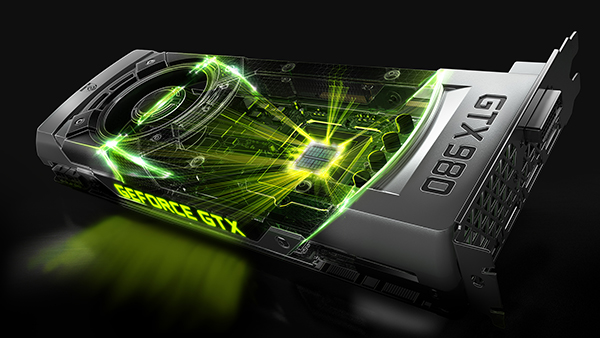 With the GTX 980 and GTX 970, Nvidia also decided to launch a few new technologies there were not employed in the first incarnation of Maxwell on the GTX 750 series. Voxel Global Illumination, Multi Frame Anti-aliasing and Dynamic Super Resolution are the new technologies in question. They are built around old concepts, but they do a good job at reinventing them and we will take a closer look at each one of them later in our review.

Of course, the GTX 980 and GTX 970 are not the first cards based on the Maxwell architecture. Earlier this year Nvidia introduced the Geforce GTX 750 Ti, an entry level card with good performance and extremely low power consumption. At just 55W, the GTX 750 Ti is capable of delivering 1080p gaming. Several partners decided to launch low-profile versions of GTX 750 Ti, making it a very potent graphics card for small form factor rigs.

What’s more, the GTX 980 and GTX 970 should be on a par with the GTX 780 Ti and GTX 780 respectively. Both cards are capable of delivering smooth frame rates at resolutions up to 2560x1600. In case you are planning to build a 4K capable system, two cards should be enough for good frame rates and anti-aliasing in demanding titles.

The GTX 980 cooler resembles the GTX 780 series cooler facing from the front, but once the card is turned it is easy to spot the difference – Nvidia decided to place a new backplate and I/O panel. The card sports a total of five display outputs, DVI-I, HDMI 2.0 and three DisplayPort 1.2 ports. 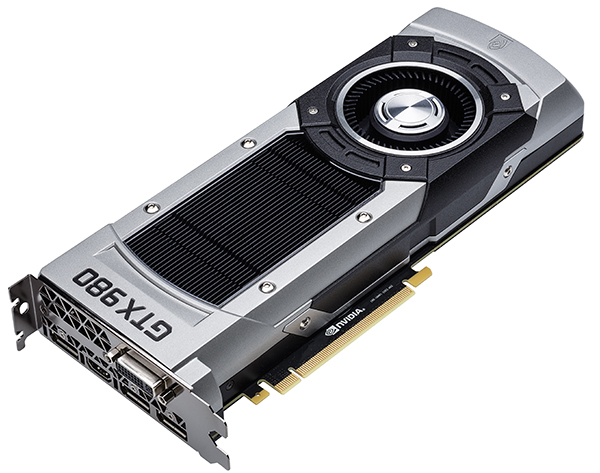 An important new feature (at least for gamers who want to show off on social networks) launched with GTX 780 cards in the form of ShadowPlay. This is an automatic gameplay recorder that uses GPU encoding and it ships with Geforce Experience 1.7 and higher. On the GTX 980, ShadowPlay supports 4K/UHD resolutions.

Shield PC streaming as well as G-Sync are supported as well. These features should help add a bit more appeal to GK110/GM204 based graphics cards. G-Sync can synchronize GeForce Kepler/Maxwell cards and your G-Sync capable monitors. This technology will eliminate frame stuttering and tearing due to a lack of synchronization between your graphics card and monitor. The Geforce GTX 980 also features the same GPU Boost 2.0 technology used in the Geforce GTX Titan, with more advanced controls for auto-overclocking, fan control, and hardware monitoring.

Of course, DirectX 12 is supported on all Maxwell cards.