The new ACX 2.0 cooler ships in two different versions, one with three heatpipes and one with five heatpipes. The GTX 970 Superclocked uses the weaker version, while the GTX 970 FTW gets the top of the line five heatpipe version. Although it uses a simpler heatsink, the GTX 970 SC still manages to keep GPU temperatures below 71 degrees Celsius.

The fans are not loud in 3D, but we did not like the relatively quiet but still apparent noise emitted by the power circuitry under load.

You can use Precision X for monitoring and control of the fan speed. 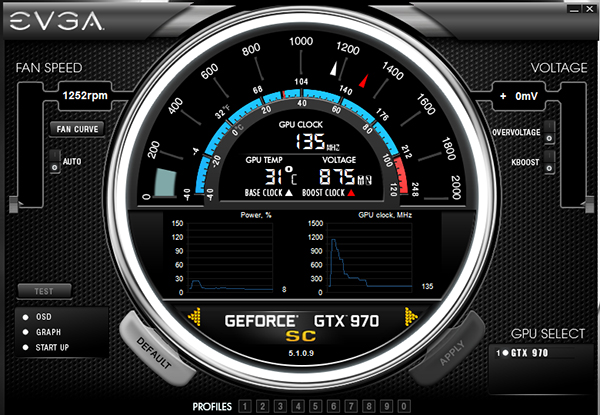 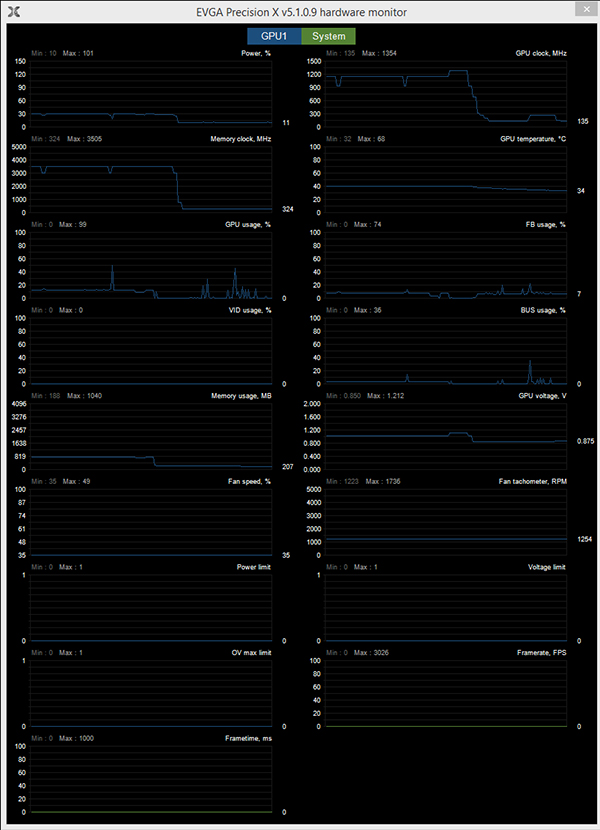