Review: Overclocked but with reference cooling

After being granted the honor of testing one of the best GTX 680 graphics cards around – Pont of View/TGT’s GTX 680 Ultra Charged, we must admit we pounced on the chance to put the company’s GTX 670 Ultra Charged through its paces.

GTX 680 Ultra Charged card got a special, three slots wide cooler with three fans, which was a great move. The thermals and noise levels ended up quite low, which is not a small feat considering that the GPU was overclocked. 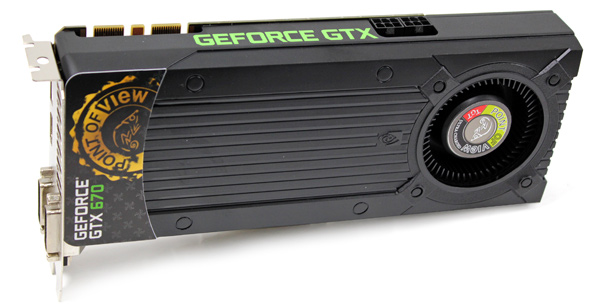