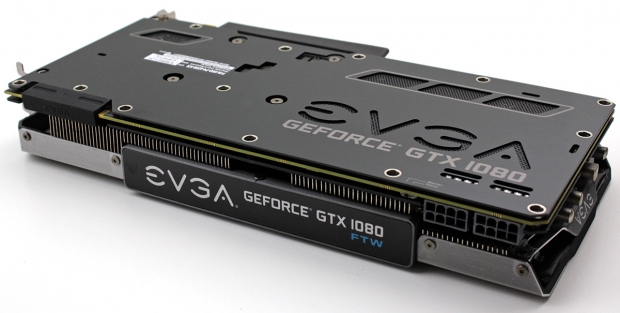 Review: Has the new ACX 3.0 cooler and a light show

We like the way EVGA has designed its new GTX 1080 FTW graphics card. It looks as powerful as it is and will drive you the fastest route through any journey.

The Geforce GTX 1080 is consumer graphics cards which belongs to the new Geforce Pascal generation. It is the right card to experience a new class of performance enhanced and VR gaming. The user can freely experiment with all the new Nvidia features, and we believe it has enough future-proof gear under the hood to drive whatever comes next.

Nvidia has introduced its reference GTX 1080 “Founders Edition” and its partners are good to go with custom designs. EVGA as one of the oldest and most experienced partners knows how to gain attention of the users. This time EVGA has two custom coolers. The first one is based on the reference blower cooler and the second comes from the new Active Cooling Xtreme 3.0 (ACX) 3.0 cooler generation. EVGA is yet to release a Classified, Kingpin, or Hydro Copper version of the GTX 1080, and we expect to see another version of ACX 3.0 cooler and one with a water cooling solution.

EVGA GTX 1080 FTW which we review today uses the ACX 3.0 cooler. This cooler has so many small cool visually appealing details that the best way to present all of them to our readers is through a series of images. Here we show just one image of the GTX 1080 FTW card and we left more detailed images and descriptions for the later sections. Please notice that the ACX 3.0 cooler is a higher than a standard graphics card cooler, but EVGA decided to keep it two slots wide, and you will appreciate this if you decide to go for SLI. 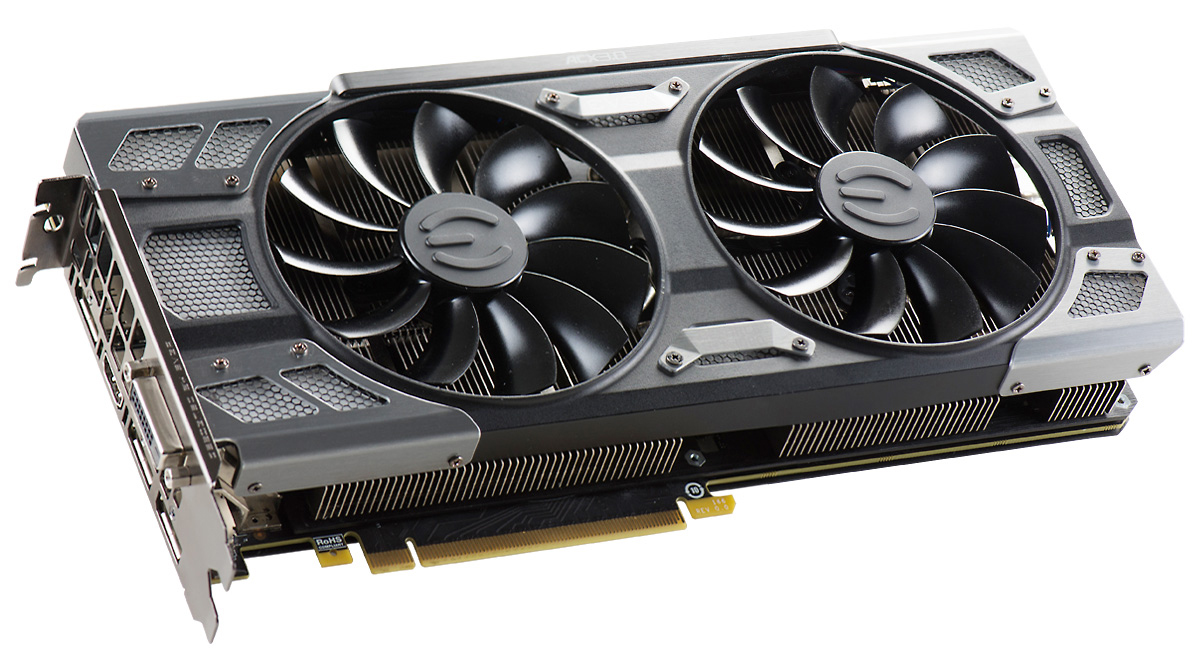 There are optimisations and improvements across the GPU that provide a better performance per watt. As in the previous generation, the GPU core is divided into four graphics processing clusters (GPC), but the GP104 GPU has less shared resources and more dedicated resources which leads to better performance. 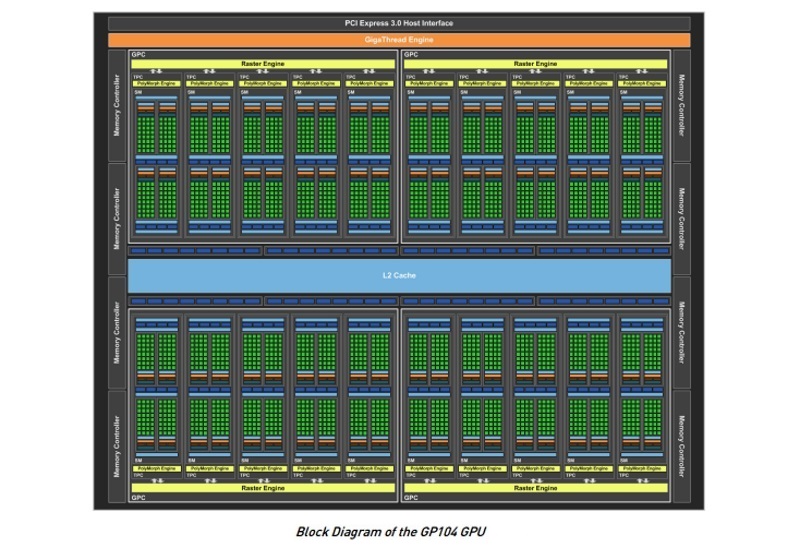 The GTX 1080 has more CUDA cores (2560 vs. 2048) and more TMUs (160 vs. 128). The ALUs design is unchanged. There are still 128 CUDA cores per streaming multiprocessor (SSM) and data throughput per clock of this unit is the same compared to the Maxwell generation. Now there are five SMMs per GPC instead of the previous four SMMs per GPC.

Memory has been increased (8GB vs. 4GB), and bandwith (320GB/s vs. 224GB/s) too. Unlike AMD, Nvidia is not using the new HBM2 memory. It deploys fast GDDR5X memory. This provides 320GB/s bandwith, previously being available only by implementing 384-bit or 512-bit GDDR5 memory interfaces. The base GPU clock is set at 1607MHz, while the boost clock is 1733MHz. The GP104 likes overclocking and we went beyond 2GHz easily.

EVGA GTX 1080 FTW graphics card used in this review had a hefty factory overclock which sets the base GPU clock to 1721MHz, which is almost high as the boost clock of the reference card. The memory clock is not increased from reference 10000MHz, which is unfortunate, but until now you probably know that EVGA never overclocks memory.