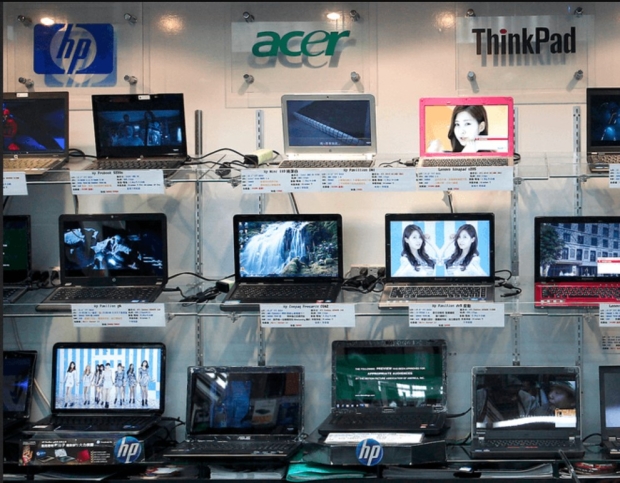 Beancounters at Gartner suggest the market is on course for a breathtaking decline this year.

After adding up some numbers and dividing by their collective shoe sizes, Gartner analysts predicted that worldwide PC shipments will decline by 9.5 percent, with consumer demand leading the way – a 13.5 percent drop is forecast, far greater than business PC demand, which is expected to drop by 7.2 percent year on year.

The PC market in the EMEA region will be complete pants, with a 14 percent decline in 2022. Gartner blames the fact that everyone is uncertain due to conflict, price increases and the fact they can not get their paws on products. Lockdowns in China were also blamed for an impact in consumer demand.

Tablet devices are forecast to fall by nine per cent and mobile phones by 7.1 per cent. Overall, the total decline over all types of devices in the report is expected to be 7.6 per cent.

Gartner senior director analyst Ranjit Atwal said that Chromebooks were one of the PC categories worst affected.
"That's really because of the uptick we saw around education buying - mainly in the US, but also in Europe to some extent. The expectation was that might continue ... but it didn't."

Atwal said he had been expecting a dip in the market to come in 2023 but "but that's been pulled forward dramatically" due to rapid drop in consumer shopping.

Another reason was the slow take up of 5G as shipments of phones with the technology grew at 65 per cent year on year in 2021, but is forecast to collapse to a decline of two per cent in 2022 for Greater China.

It looks like China's zero tolerance COVID-19 policy effectively sank 5G. Until the Chinese became autocratic about COVID the Greater China 5G phone market was expected to show double-digit growth. The impact of and resulting lockdowns have dramatically reversed this trend. Large numbers of consumers stopped buying non-essential items including 5G smartphones, the report said. This should end any conspiracy theories that linked 5G to COVID.

Worldwide, the expectation is that 5G phone shipments will continue to increase, although Gartner has revised down expectations of growth from 2021 from 47 per cent at the start of the year to 29 per cent.

Last modified on 05 July 2022
Rate this item
(0 votes)
Tagged under
More in this category: « Windows on Arm is a bit of a downer MacBook Pro 2022 is pointless »
back to top