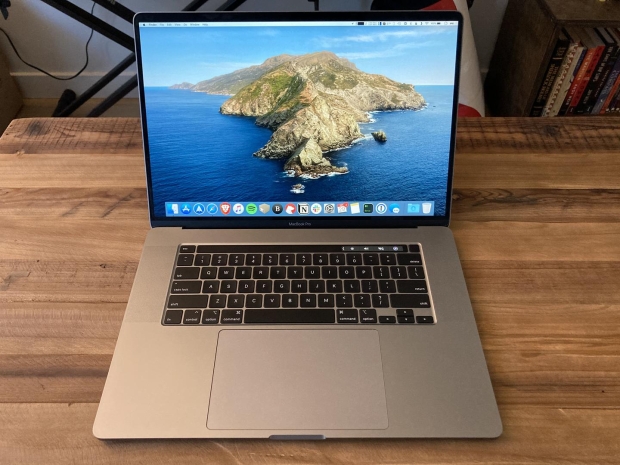 We feel sorry for the Tame Apple Press at times. There are some days when keeping the reality distortion field going requires so much mental effort and it is probably easier just to wake up and see the truth.

Tony Polanco  at Tom’s Hardware was clearly excited when he got the chance to review the MacBook Pro 2022 only to discover that the device had absolutely no reason to exist. Let’s be clear here Polanco is an Apple fanboy who positively reviewed the beast before using it for any length of time.

“I wasn’t enamored with its dated design and 720p webcam, it was hard to knock the laptop for what it provided. On its own, it’s a solid device that had little trouble sliding into our best laptops and best MacBooks lists,” he wrote.

But after two weeks actually using the thing, Polanco has admitted that his sentiments have somewhat changed.

“I didn’t understand the need for this laptop when it was originally unveiled during Apple’s WWDC 2022 event. Apple M2 chip or not, I couldn’t see why anyone would want it over the redesigned MacBook Air 2022. I found three reasons you should buy MacBook Pro 2022 over the new MacBook Air, prior to my review, but those reasons (active cooling, 10-core GPU as standard, longer battery life) never felt as convincing as the five reasons you should buy MacBook Air 2022 instead of the new MacBook Pro,” he said.

He is not the only one who has discovered that Apple has failed to deliver. YouTuber Marques Brownlee (aka MKBHD) posted a video expressing the same sentiments.

Some of the issues we have covered already. Namely that the MacBook Pro 2022 with the M2 chip has slower SSD speeds than the MacBook Pro with M1.  And the newer laptop’s base model is slower than a computer from 2020.

The poor Tame Apple Press, when looking at the MacBook Pro, are forced to admit that they could do the same things on budget laptops.

The MacBook Pro 2022 seems tailored to video and audio editing but if you’re a professional audio/video editor who needs a rig that can handle massive workloads, a base model MacBook Pro 14-inch with its beefier M1 Pro chip and active cooling makes more sense – or a slightly up model proper PC with a 1080p webcam, a superior mini-LED display and a modern design that includes MagSafe, HDMI and SD card port.

As the reality distortion field crumbles, some reviews are starting to think that the MacBook Pro 2022 is an attempt by Apple to rid itself of old MacBook Pro components like the dated chassis and the maligned Touch Bar by releasing a MacBook Pro which it markets as a “new” product that sports the company’s fancy M2 chip.

What will save Apple though is the inability of the Tame Apple Press to grow a pair and follow admit that Apple has been producing products which are more expensive and less useful than standard PCs. Even after his tirade and saying that he hoped the MacBook Pro 2022 will be the last of its kind, Polanco said:

“I still maintain that the MacBook Pro 2022 is a better-than-average laptop. I’ve used it for two weeks for both work and everyday computing and found it as competent as any of the best Windows laptops. If you’re still rocking an Intel-powered MacBook Pro, the new M2 laptop will be a major upgrade.”

Last modified on 05 July 2022
Rate this item
(3 votes)
Tagged under
More in this category: « Gartner predicts huge decline in PC sales New Ryzen 5000s out by the end of the year »
back to top