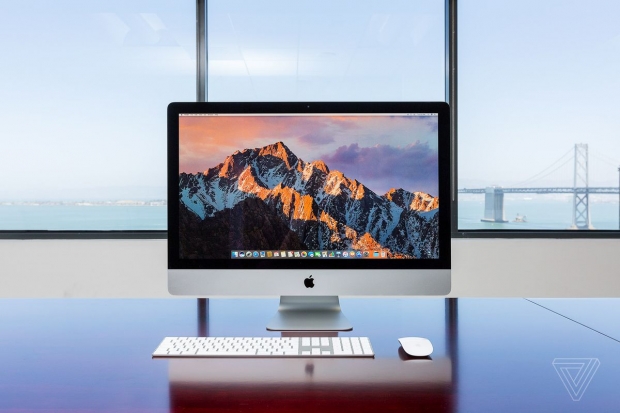 Didn’t even bother changing the design

The fruity cargo cult Apple showed its commitment to direct users by releasing a refresh of its iMacs which are not much better than the already out of date versions on the market.

The new versions don't change the basic design or add major new features. Where they offer some improvement is at the extreme high-end of the range where you have to shell out a fortune.

Currently, the 21.5-inch iMac now has a 6-core, eighth-generation Intel CPU option—up from a maximum of four cores before. The 27-inch now has six cores as the standard configuration, with an optional upgrade to a 3.6GHz, 9th-gen, 8-core Intel Core i9 CPU that Apple claims will double performance over the previous 27-inch iMac. The base 27-inch model has a 3GHz 6-core Intel Core i5 CPU, with intermediate configurations at 3.1GHz and 3.7GHz (both Core i5).

The 21.6-inch iMac has an option for the 20-compute-unit version of Vega with 4GB of HBM2 video memory. That's the same as the top-end 15-inch MacBook Pro option.

The 27-inch iMac can now be configured with the Radeon Pro Vega 48 with 8GB of HBM2. For reference, the much pricier iMac Pro has Vega 56 and Vega 64 options. Apple claims the Vega 48 will net a 50-per cent performance improvement over the Radeon Pro 580, the previous top configuration.

The non-Vega GPU options are the same as what was available yesterday. The only difference is that they now have an "X" affixed to the numbers in their names, per AMD branding conventions—i.e., Radeon Pro 580X instead of 580. RAM options are the same in terms of volume (up to 32GB for the 21.5-inch and 64GB for the 27-inch), but the DDR4 RAM is slightly faster now, at 2666MHz.

These changes apply to the retina iMac models. The entry-level, non-retina iMac is still available in Apple's store, but it has not been updated.

The form factors are the same, as are the displays—both have been acclaimed and proven popular, so Apple didn’t see a need to upgrade those. The new iMacs do not have the T2 chip that has appeared in the iMac Pro, Mac mini, MacBook Pro, and MacBook Air but given this chip’s problem, this is a blessing.

Apple has been criticised for refusing to update iMacs. This current “refresh” is the first since June 2017 and appears to be only to supply more top-end options. For example, a 256GB RAM option has been added which, other than allowing the correct amount of RAM required for Chrome and Firefox, has no earthly use. It will wind up costing you an extra $5200 which is silly money even as far as Apple is concerned.