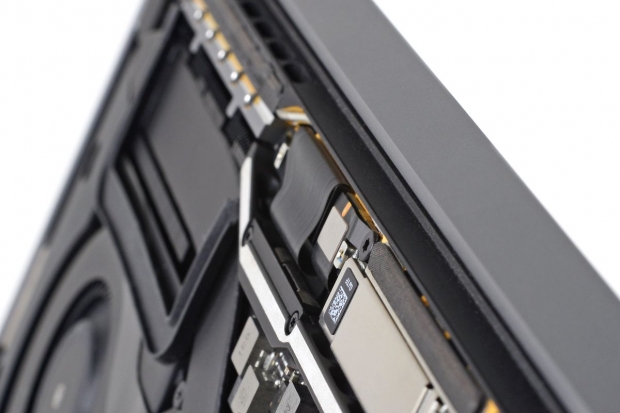 The fruity cargo cult Apple is refusing to acknowledge that its MacBook Pros are suffering from a design flaw.

Users, who have dubbed the problem Flexgate, had been greeted with a loud sounding silence from Apple’s head office. And some are getting rather hacked off.

For those who came in late, Flexgate is a design flaw in the ribbon cable connecting the body of the laptop to the display.

The cable is supposed to flex with the opening and closing of the computer, but it’s wearing down too quickly with conventional use.

The problem was spotted by the iFixit report and is caused by the fact that Apple thought it was a brilliant idea to stick the dodgy cable to the display. This makes it impossible to repair the cable without replacing the expensive display.

The problem has been going on for some time, and some users bought their MacBooks in 2017 are having to stump up $520.

iFixit says the Flexgate flaw means it’s a matter of when, not if, your MacBook’s display cable will give out. In the European Union, consumer protection dictates a two year warranty on all products, and it seems like the Flexgate issue is becoming evident in most affected laptops right around this two-year mark. That means that just as your statutory rights to free repair are running out, you’re getting hit with an intolerable display malfunction.

Of course, in the US where Apple has its way with the government the warranty is one year, so Apple fanboys are stuffed.

Apple knows there is a problem. In a follow-up report on the 2018 MacBook Pro refresh, iFixit found that Apple had elongated the display cable design, ostensibly to get rid of the defect that plagued the 2016-and-later laptops that preceded that update.

It didn’t tell anybody it made that change. Apple continues to act as if Flexgate is not a real or widespread problem.

A petition, now numbering more than 15,000, calls for Apple to recognise Flexgate as a design flaw officially, and to commit to repairing all MacBook Pro laptops affected by it.