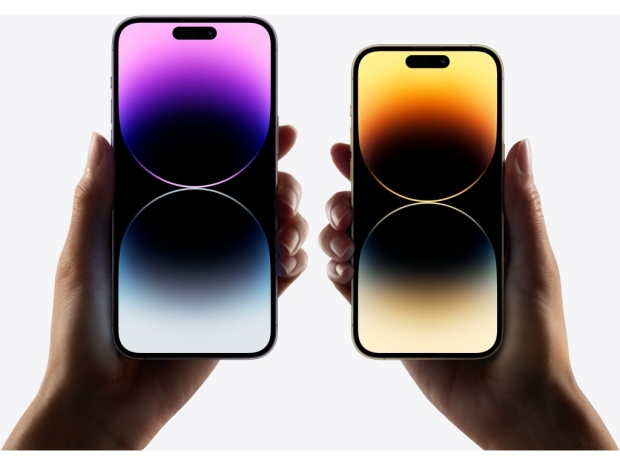 At its big iPhone event, Apple unveiled its new flagship Pro-series smartphones, the iPhone 14 Pro and iPhone 14 Pro Max, bringing a slight change in the design with the pill-shaped notch, the new A16 Bionic chip, and new cameras.

Both the iPhone 14 Pro and the iPhone Pro Max are pretty much the same, as both share the same new A16 Bionic chip, Always-On display, which will be exclusive to Pro series, the same camera system, and the whole new pill-shaped notch, which Apple is calling the Dynamic Island. 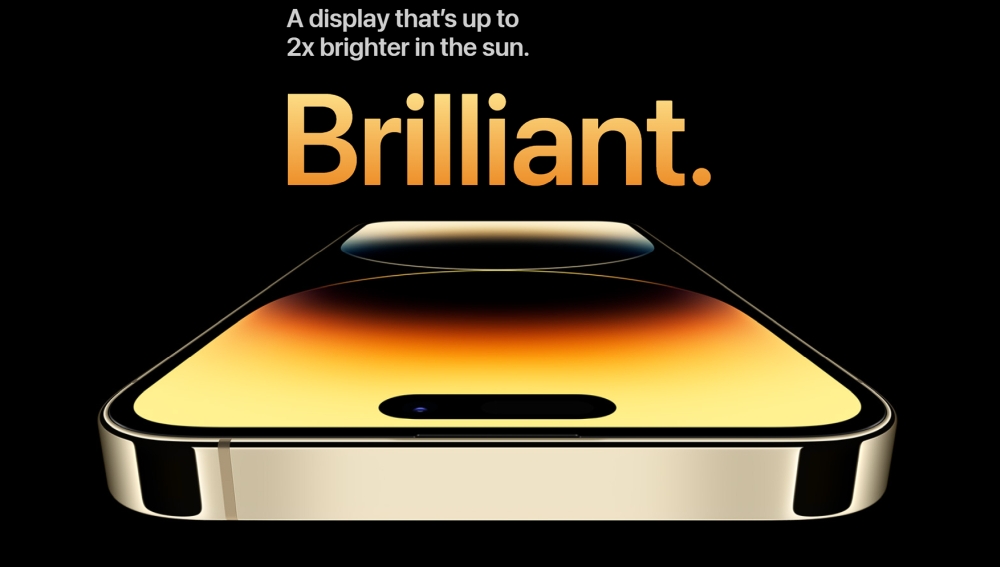 Although we still do not have full details, the new A16 Bionic chip has a six-core CPU which is said to be 40 percent faster and also 20 percent more power efficient. The 5-core GPU has a 50 percent higher memory bandwidth, and the 16-core Neural Engine is capable of 17 trillion operations per second. Apple is pairing up the A16 Bionic SoC with 6GB of RAM and 128GB to 1TB of internal storage.

Another big update is the camera system and both share the same main rear and front camera. The rear camera system comes with the main 48-megapixel sensor, a "quad-pixel" sensor (shooting 12MP shots), which is another first for Apple (although it is seen in the Android world). The 1.22μm pixel size sensor sits behind an f/1.78 lens and features sensor-shift stabilization.

The main sensor is backed up by a 12-megapixel sensor with PDAF, OIS and 3x optical zoom, sitting behind a 77mm telephoto f/2.8 lens, as well as a 12-megapixel dual pixel PDAF sensor behind an ultra wide 13mm f/2.2 lens. There is also a TOF 3D LiDAR scanner for depth. 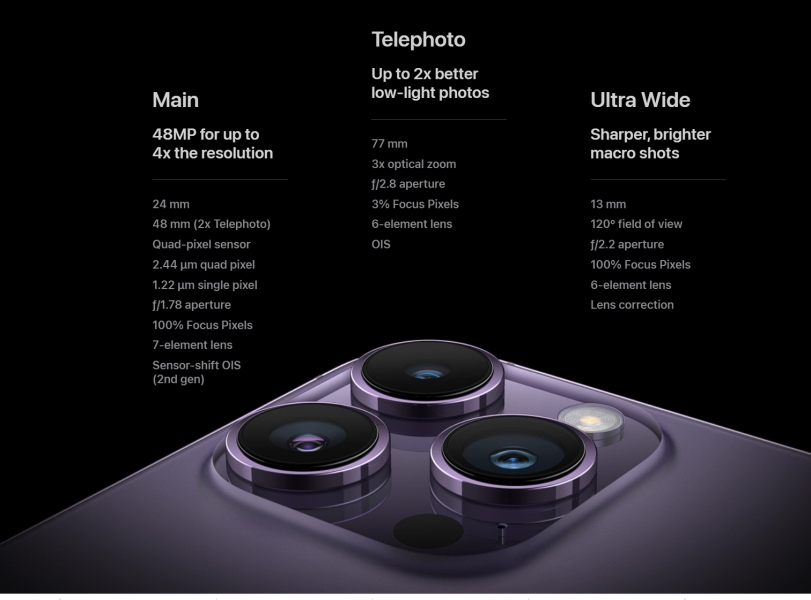 Connectivity-wise, you get all the usual stuff, including WiFi 6, Bluetooth 5.3, GPS, NFC; Lightning USB 2.0 port, Face ID, accelerometer, gyro, proximity, compass, barometer sensors, as well as the Emergency SOS via satellite feature, which will be available in the US and Canada as of November, and free for two years.

Rate this item
(2 votes)
Tagged under
More in this category: « Google releases cross-device app kit The iPhone 14 and iPhone 14 Plus get the old A15 chipset »
back to top