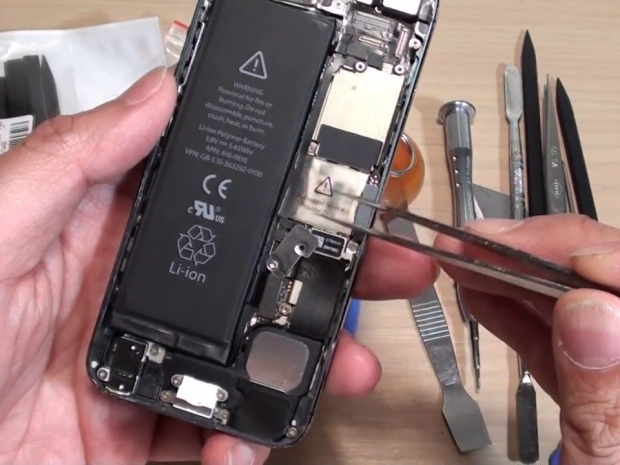 iFixit co-founder and CEO Kyle Wiens has exposed how companies including Apple, Samsung, and Microsoft manipulate the design of their products and the supply chain to prevent consumers and third-party repairers from accessing necessary tools and parts to repair products such as smartphones and laptops.

Speaking during the Productivity Commission's virtual right to repair public hearing, Weins showed how the big three were obstructing consumers from a right to repair.

"We've seen manufacturers restrict our ability to buy parts. There's a German battery manufacturer named Varta that sells batteries to a wide variety of companies. Samsung happens to use these batteries in their Galaxy earbuds... but when we go to Varta and say can we buy that part as a repair part, they'll say 'No, our contract with Samsung will not allow us to sell that.' We're seeing that increasingly", he said.

The worst offender is Apple for doing this with the chips in their computers, Wiens said.

“There's a particular charging chip on the MacBook Pro, there is a standard version of the part and then there's the Apple version of the part that has been slightly tweaked, but it's tweaked enough that it's only required to work in this computer, and that company again is under contractual requirement with Apple."

Recently a California-based recycler was contracted by Apple to recycle spare parts that were still in new condition.

"California Apple stops providing service after seven years, so this was at seven years and Apple have warehouses full of spare parts, and rather than selling that out in the marketplace -- so someone like me who eagerly would've bought them -- they were paying the recycler to destroy them", Wiens said.

Weins also pointed to an example involving a Microsoft Surface laptop. "iFixit rated it on our repairability score, we normally rate products from one to 10; the Surface laptop got a zero. It had a glued-in battery ... we had to actually cut our way into the product and destroyed it in the process of trying to get inside", he said.

Last modified on 20 July 2021
Rate this item
(4 votes)
Tagged under
More in this category: « Xiaomi eclipses Apple Apple teams up with Amazon to enable fake reviews »
back to top