Apple strikes back at Spotify 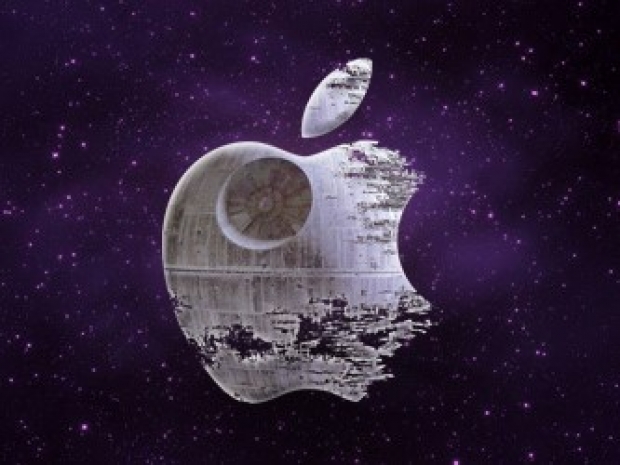 Wants 'the benefits of a free app without being free'

Apple has hit back in response to Spotify's European Commission (EC) complaint.

The fruity cargo cult said Spotify "seeks to keep all the benefits of the App Store ecosystem without making any contributions to that marketplace".

It added that the App Store has generated $120 billion for developers while offering users a secure platform and that Spotify is seeking to sidestep the rules that every other app follows.

"Spotify has every right to determine their [sic] own business model, but we feel an obligation to respond when Spotify wraps its financial motivations in misleading rhetoric about who we are", the company wrote.

Spotify's main argument was that Apple's own music service, Apple Music, isn't subject to the same restrictions of its own app.  CEO Daniel Ek said that Apps should compete fairly on the merits, and not based on who owns the App Store.

"We should all be subject to the same fair set of rules and restrictions -- including Apple Music."

It added that Apple had often stymied it on app updates and locked it out of Apple services, "such as Siri, HomePod and Apple Watch". Finally, it noted that Apple had blocked communication with its own customers on things like special offers.

Apple slagged off Spotify's treatment of musicians and artists who did better because users had to give them a third of the costs of their music.

It said that it has approved 200 app updates, and "the only time we have requested adjustments is when Spotify has tried to sidestep the same rules that every app follows".

Spotify sued music creators after a decision by the US Copyright Royalty Board required Spotify to increase its royalty payments. This isn't just wrong, it represents a real, meaningful and damaging step backwards for the music industry, Apple said.

"Spotify wouldn't be the business they [sic] are today without the App Store ecosystem, but now they're leveraging their scale to avoid contributing to maintaining that ecosystem for the next generation of app entrepreneurs. We think that's wrong", Apple claimed.

Spotify has 96 million paid subscribers next to Apple's 50 million.

Apple didn't address Spotify's primary argument that its own streaming app, Apple Music, isn't subject to the same restrictions it imposes on Spotify which is really the whole point of the complaint.

Last modified on 15 March 2019
Rate this item
(0 votes)
Tagged under
More in this category: « Samsung to hide the front facing camera behind screen Huawei debuts new smartphone »
back to top