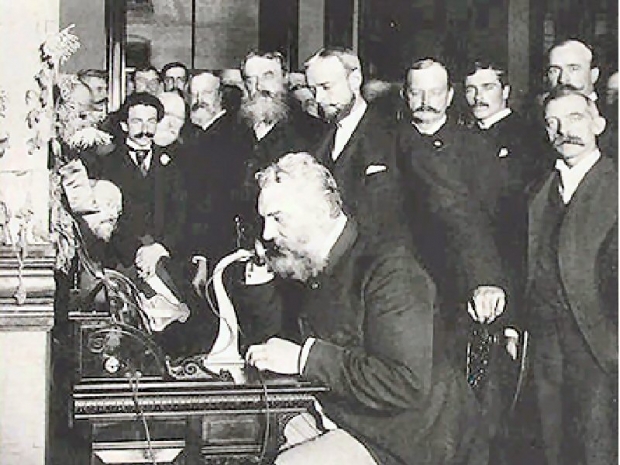 For the young at heart

The P+Smart+2019 phone has a 24MP rear triple camera which the company says allows wide-angle photography. The lenses have focal lengths of 27mm and 17mm – the third lens is used for bokeh. The 8MP front camera and the rear camera can recognise up to eight and 22 scenes respectively.

It uses the Kirin 710 built on a 12 nanometer process and the Octacore A73 chipset with a CPU clock speed that maxes at 2.2GHz.

The company uses a 3400mAh battery which it claims will provide an all day charge.

[Photo: Alexander Graham Bell calls Chicago from New York on his new telephonic device in 1892. Picture in the public domain, Library of Congress. Golly, how times have changed.]

Last modified on 18 March 2019
Rate this item
(0 votes)
Tagged under
More in this category: « Apple strikes back at Spotify US falling behind on smartphones »
back to top