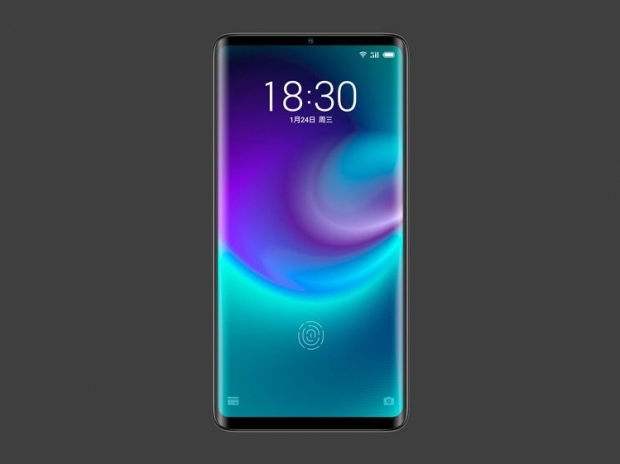 Phone maker Meizu has announced a new phone called "Zero," which doesn't have a headphone jack, or a charging port, or a physical SIM card slot, or any buttons, or a speaker grill.

The only elements that disturb the surface of its all-display, 7.8mm-thick ceramic unibody are its 12MP and 20MP rear cameras and two pinholes.

One is a microphone, while the other is for hard resets. To make up for the lack of ports, Meizu Zero will support Bluetooth 5.0 and a wireless USB connectivity that can transfer files as fast as its USB 3.0 standard legs can carry it.

Zero's 5.99-inch QHD OLED screen will act as some sort of a giant speaker and earpiece replacement. It does have a big enough bezel for a 20MP front camera, but its fingerprint reader is completely on-screen.

The device, which is powered by a Snapdragon 845 processor, relies on 18W wireless charging due to the lack of a charger port.

And it may not have the usual physical buttons, but it does have pressure-sensing ones with haptic feedback on its borders.

Meizu hasn’t yet revealed any pricing details for the Zero or an actual release date in any markets.

Last modified on 24 January 2019
Rate this item
(0 votes)
Tagged under
More in this category: « Honor launches latest phone at Paris bash Vivo shows the Apex 2019 smartphone concept »
back to top