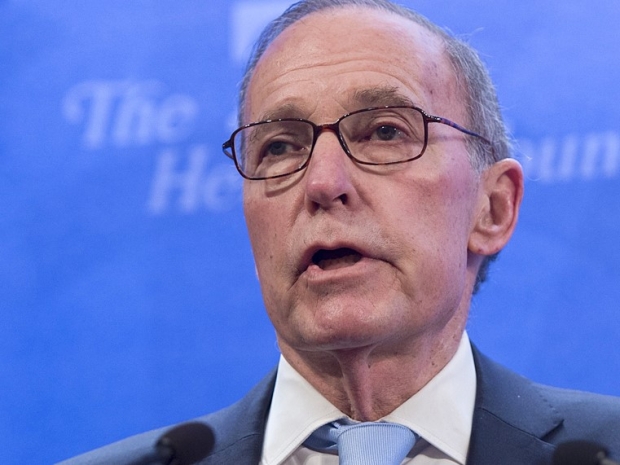 Trump adviser Larry Kudlow had a crack at promoting a fake news story claiming that the Chinese “may have” stolen Apple’s technology.

To be fair he didn’t say China had stolen Apple tech, but any politician knows that most American Fox News watchers have no chance of spotting the difference between “may have” and did.

The Director of the National Economic Council told Bloomberg: “I don’t want to surmise too much here, but Apple technology may have been picked off by China, and now China is becoming extremely competitive with Apple. You’ve got to have the rule of law. There are some indications from China that they’re looking at that, but we don’t know that yet. There’s no enforcement; there’s nothing concrete.”

The implication was that Apple is losing money in China because the Chinese have nicked all its tech.

Kudlow said that “Apple is not apocryphal” and that not all companies are facing the same headwinds as the tech giant.

Apple is saying nothing, but it is probably just happy that a high-profile politician has come up with a reason for it losing money in China other than the real one – the product is too expensive.

However, as industry watchers point out, there is absolutely no evidence of Chinese companies using “Apple tech.” If a Chinese firm had used Apple technology we would see some evidence and Apple would be making a court case in China.

The remark came just a day after Kevin Hassett, an advisor to President Donald Trump, told CNN that a “heck of a lot of US  companies”, not just Apple, could see problems stemming from China.

Yeah, that is because they are producing cheaper goods that are technologically on a par with US stuff.

Last modified on 07 January 2019
Rate this item
(0 votes)
Tagged under
More in this category: « Qualcomm posts bonds to enforce iPhone 7 / 8 Germany ban Qualcomm has 30+ 5G designs »
back to top