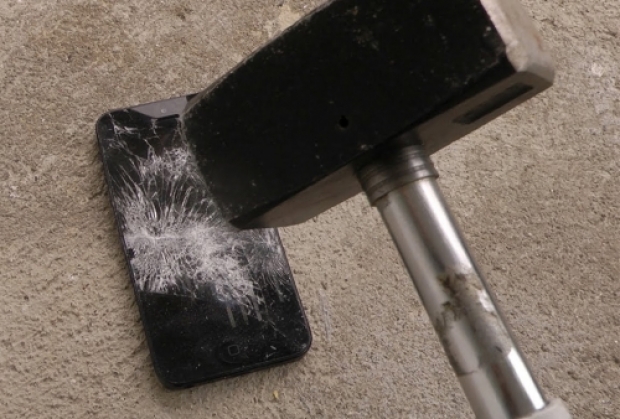 We didn’t get what we paid for

Owners of iPhone 6 and iPhone 6 Plus smartphones who say a design defect causes the phones' touchscreens to become unresponsive, making them unusable. Jobs’ Mob has been aware of the problem for ages but seems to have decided that it is a feature and users should consider themselves lucky to have it. It appears to think that if users do not want this particular feature they are welcome to upgrade to the iPhone 7 which comes out next week, or just buy a new iPhone 6S which is guaranteed not to have the feature at least until the warranty runs out.

The plaintiffs linked the problem to Apple's decision not to use a metal "shield" or "underfill" to protect the relevant parts, as it did on versions of the iPhone 5. The touch screen issue surfaces after a flickering grey bar appears atop the touchscreens and then it is good night Vienna for the expensive toy. Still you get what you pay for... oh.

The filing said that the iPhones are not fit for the purpose of use as smartphones because of the touchscreen defect. Todd Cleary of California, Jun Bai of Delaware and Thomas Davidson of Pennsylvania are the named plaintiffs in the lawsuit, which accuses Apple of fraud and violating California consumer protection laws. They seek unspecified damages.

Apple flogged more than  166.4 million iPhones, generating $108.5 billion of net sales, in the first nine months of its current fiscal year. It would be amusing if it has to recall the lot.

Last modified on 30 August 2016
Rate this item
(3 votes)
Tagged under
More in this category: « Apple has booked the hall for its iPhone 7 launch Man behind Nokia’s phone revival quits »
back to top