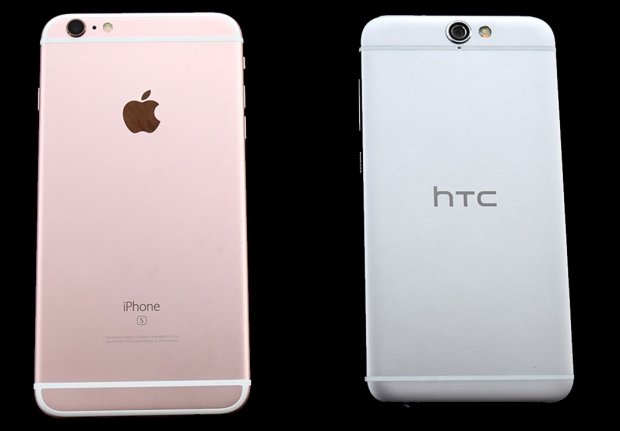 Who is copying whom?

The Tame Apple Press has been attacking HTC claiming that its HTC One A9 looks exactly like the iPhone, however the outfit is claiming that it is really the other way around.

If HTC is correct then Apple cloned its designs in the same way that it borrowed Microsoft’s Surface Pro concepts.

HTC’s president of North Asia operations Jack Tong says that the One A9 is a continued evolution of the smartphone design it created and Apple just nicked it.

“We’re not copying. We made a unibody metal-clad phone in 2013. It’s Apple that copies us in terms of the antenna design on the back,” he said,

The phone he is referring to is the HTC One M7, which uses bands at the top and bottom of the metal body for antenna function. This was the same thing that Apple “invented” for the iPhone 6.

HTC is clearly a bit miffed. But it is not the only one who has noticed that Apple is copying HTC designs. Hugo Barra, International VP at Xiaomi, said: “the iPhone 6 carries design language that is very HTC-like.”

The quote was part of a training package on the One A9. It would appear that HTC is preparing to have to see off accusations that it copied Jobs’ Mob. The slide was leaked onto Weibo. 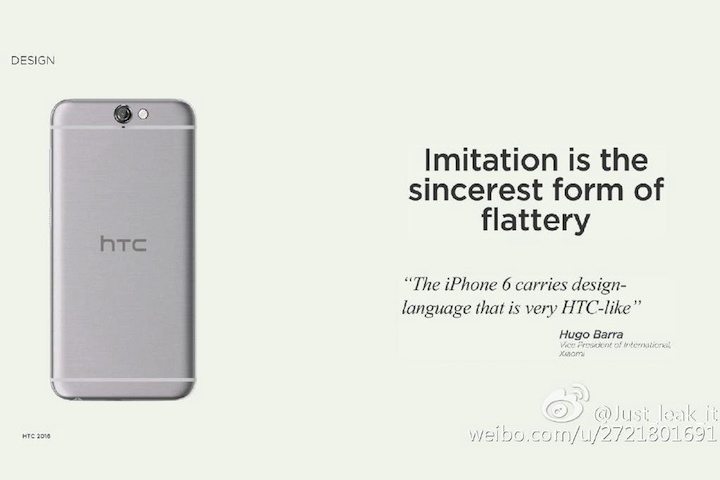 HTC America’s Jason Mackenzie called those who claim it’s HTC copying Apple, “history revisionists.” Elsewhere on Twitter, HTC’s global communications manager Jeff Gordon said the iPhone 6 is the lovechild of an HTC One M7 and a Desire 816. “But really, we’re flattered,” he said.

Apple is staying very quiet on the issue. It might have learnt the hard way that suing rivals for stealing its designs, like the rounded rectangle never go anywhere. Equally it could be concerned that anyone who is presented with evidence cannot help but notice that Apple’s designs are very HTC-like. After all who wants it to get out that Apple has not only run out of hardware ideas, but is short on design ideas too?

Last modified on 23 October 2015
Rate this item
(15 votes)
Tagged under
More in this category: « Can Intel's army of minions get its modem into the iPhone7? Samsung might equip Galaxy S7 with high-end audio chip »
back to top