Most iPhone users would risk death to save their phone 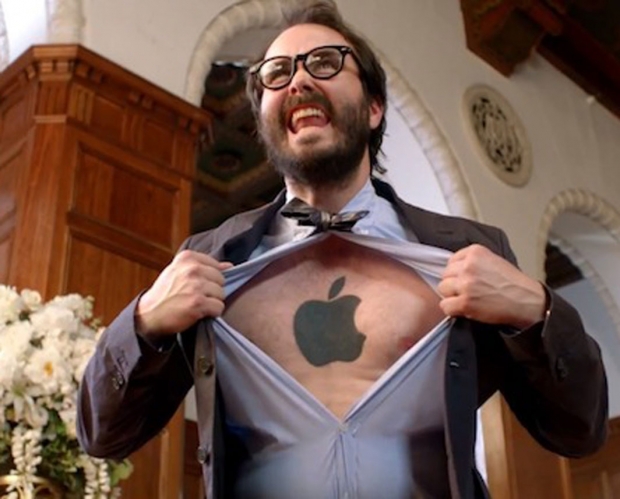 Perspective they have heard of it

The standards of the world have slipped to such a state that most Apple fanboys would actually risk death to protect the shiny toys.

New research commissioned by price comparison website Gocompare.com found that half of Brits would willingly risk their lives to save their mobile phone if their house was on fire.

But when it gets to Apple products people get sillier. Two-thirds of iPhone users said they would choose to save their mobile phone, making iPhone owners the most likely to risk their lives to rescue their device. Motorola users had far more common sense and only 29 per cent admitting they'd do that dumb.

The survey of more than 2,000 people aimed to investigate what, if anything, members of the public would choose to save in a fire.

Technology accounted for three of the top five responses, with as many people admitting they would save a laptop as would save their mobile phone. Apparently only a fifth would save their tablet, as they don't really have a use for it.

To put the results into perspective, two thirds of people would willingly risk their lives and enter a burning building to save their pet so Apple fanboys think there phone is just as important as their pets.

"Given many people struggle to put their phones and iPads down for more than a few minutes, it's perhaps unsurprising that we're at a stage in society where the majority of people would risk their lives to save them. Our advice would be to regularly back up your apps, files and data, which can be a simple process with most free cloud-based services these days.

Last modified on 12 June 2015
Rate this item
(10 votes)
Tagged under
More in this category: « Asustek mulls over buying the troubled HTC BlackBerry will make Android machines »
back to top