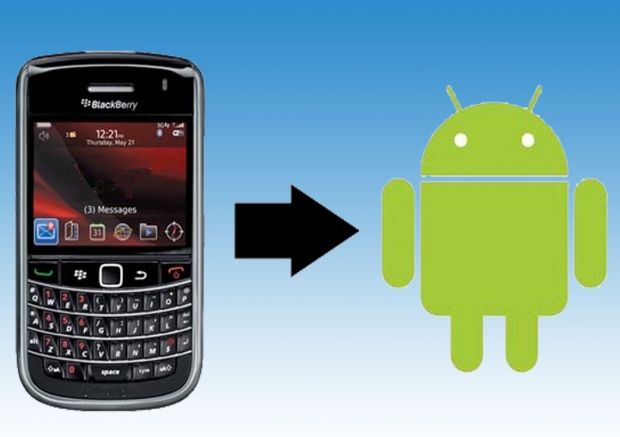 BlackBerry putting Android under the bonnet of some of its gear as it appears that its revamped line of devices failed to do so well.

Blackberry spurned Android as it would a rabid dog believing that its BlackBerry 10 line of phones would be able to claw back market share.

They didn't of course, but appear to have a solid following from those who hate touch screen interfaces and think a calculator is advanced technology.

The move to use Android is apparently part of BlackBerry's strategy to focus on software and device management.

It is not clear whether a move to use Android would spell the end of the company's BlackBerry 10 line of devices that were initially launched to much fanfare in early 2013. They basically tanked because there was not enough apps for them.

BlackBerry Chief Executive John Chen is banking on the company's new device management system, BES12, that allows corporate and government clients to not only manage BlackBerry devices on their internal networks, but also devices powered by Android, iOS and Windows.

One of the hurdles it faces is convincing big customers that its device management software works across many different platforms.

By launching an Android-based device of its own, BlackBerry would be sending a signal to sceptics that it is confident that the BES12 system can not only manage, but also secure smartphones and tablets powered by different operating systems.

BlackBerry will probably use Android on an upcoming slider device that is likely to be released in autumn. The slider will combine a touch screen with a physical keyboard that users can use if they prefer.  This is of course heresy to Blackberry users.

Rate this item
(5 votes)
Tagged under
More in this category: « Most iPhone users would risk death to save their phone Update makes the HTC One M9 super cool »
back to top