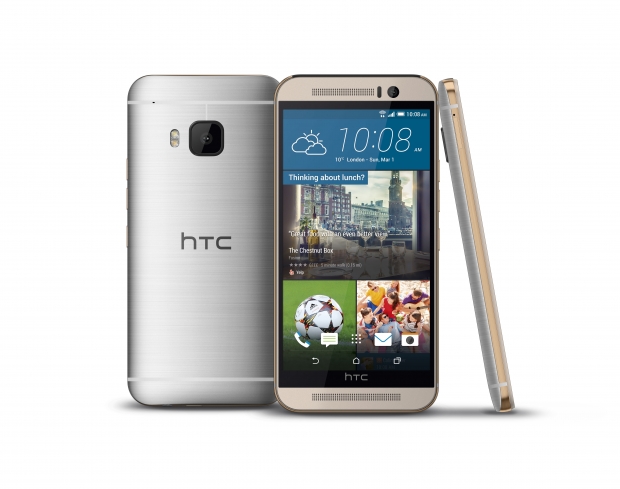 At its dedicated Utopia in Progress event at the Mobile World Congress (MWC) 2015 in Barcelona, HTC has now officially unveiled its new HTC One M9 smartphone.

Measuring at 144.2x69.3x9.6mm and weighing in at 157g, the new HTC One M9 is a bit smaller and lighter than the HTC One M8, but also slightly thicker. HTC is still marketing the "unibody" design but with new, more refined manufacturing process that gives a "more premium look and feel", according to HTC. While it did slightly change the dimensions, HTC retained the same 5-inch 1920x1080 resolution screen for the new HTC One M9. 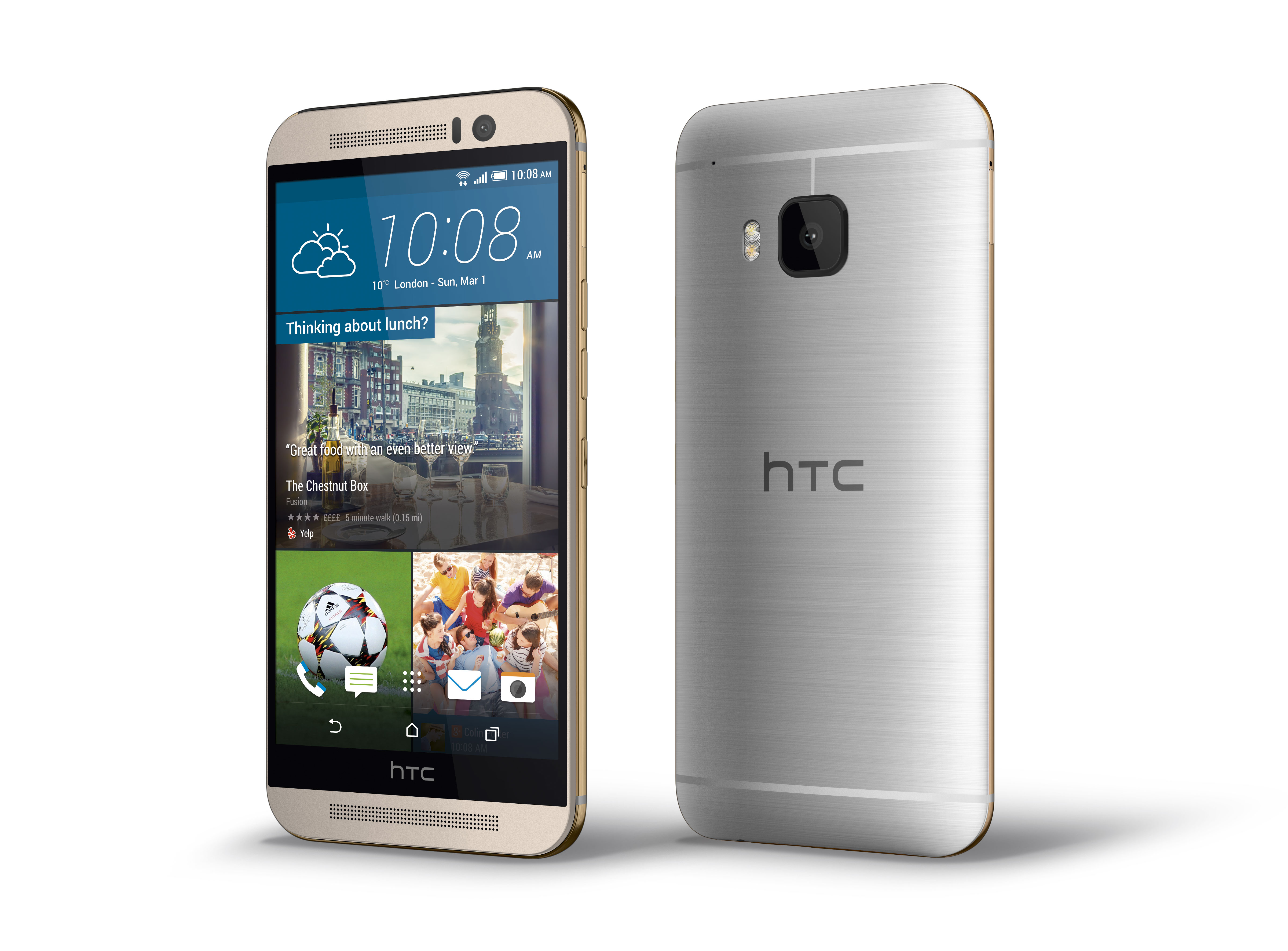 While it did use pretty much the same screen as on the HTC One M8, the new HTC One M9 gets a bit more power thanks to Qualcomm's 64-bit Snapdragon 810 SoC. In case you missed it earlier, it is an octa-core design with four Cortex-A57 cores clocked at 2GHz and four Cortex-A53 cores clocked at 1.5GHz, with Adreno 430 graphics. The Snapdragon 810 SoC is paired up with 3GB of memory, which should help with multi-tasking, according to HTC.

The biggest update for the HTC One M9 is the camera. It packs a 20-megapixel Toshiba-made rear camera with sapphire-glass protection and a dual LED flash, which can handle 4K video recording. Selfies can be taken with the 4-megapixel UltraPixel front camera.

The rest of the specifications include usual connectivity options with LTE, Bluetooth 4.1, NFC, 802.11ac WiFi, GPS and more, 32GB of internal storage expandable via microSD card slot, 2,840mAh battery, and Android 5.0 Lollipop OS with HTC Sense 7 UI on top of it. It will also feature new BoomSound speakers with Dolby Audio Surround, as well as an MHL 3.0 port at the bottom and IR blaster.

The new HTC One M9 will be available in four different color choices, Gold, Silver, Gunmetal Grey and Pink. HTC will also offer a wide choice of smartcovers for its new HTC One M9 and has unveiled the new HTC Dot View case with more customization options. 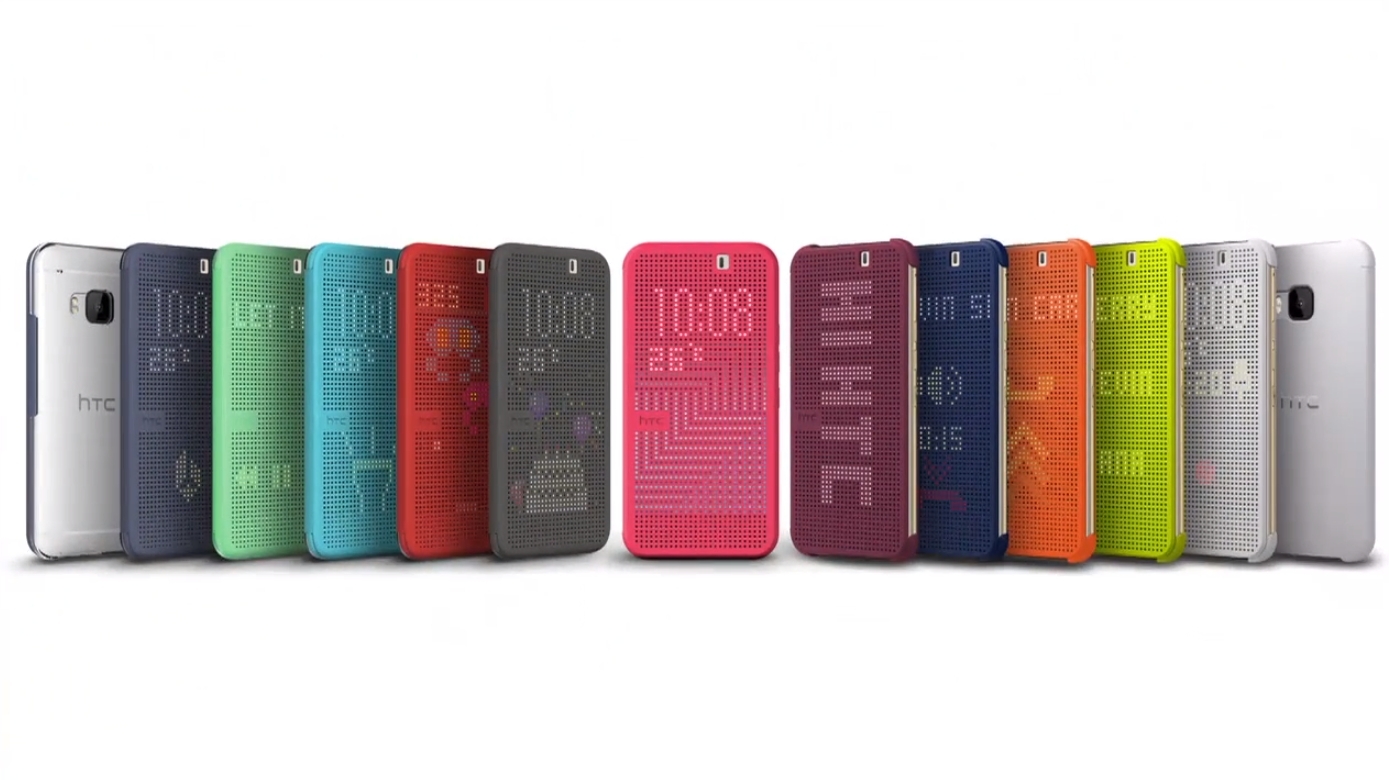 Unfortunately, HTC did not talk about the price but did note that the new HTC One M9 will be available worldwide in mid-March. Recent leaks suggested that it could be priced at US $649.99 so hopefully HTC will also announced the official price.