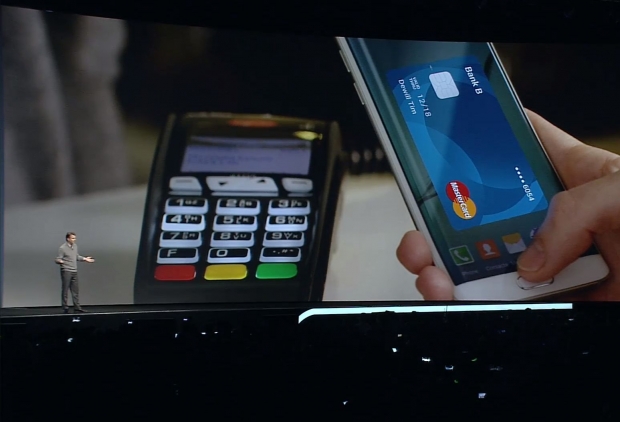 Samsung has finally introduced the Galaxy S6 and S6 Edge phones that will bring Samsung Pay mobile payments to America and Korea this summer.

You may say it's yet another mobile payments solution, but Samsung Pay is actually compatible with most existing POS terminals around the world. All you will have to do is unlock your phone via the fingerprint and then tap a credit / debit card reader. It should be as simple as that.

Samsung Pay is using new technology called Magnetic Secure Transmission (MST). This is the reason why Samsung acquired LoopPay, as the MST technology tricks old terminals into believing that you swiped an actual card. This will look fun if you try it out with merchants that don't know about MST, as it will look like you hacked the terminal. However, this may be the biggest game changer in mobile payments.

Samsung claims that this is the best mobile payments solution to date, as it will work anywhere, since it does not need new NFC terminals. Samsung has partnered with Master Card, Visa, American Express, Bank of America, Chase, Citi, US bank, First Data and more companies. Samsung Pay will go live this summer in Korea and the US.

The product looks very interesting indeed, and it might bring the mobile payments to mainstream users, unlike Apple Pay which is limited in terms of hardware. The fact that Samsung uses both NFC and the MST might help make mobile payment more popular and boost adoption. Of course, it will work only with Galaxy S6 and S6 Edge devices, at least for now.

Last modified on 01 March 2015
Rate this item
(0 votes)
Tagged under
More in this category: « HTC officially announces One M9 Samsung Galaxy S6 and S6 Edge are official »
back to top