HTC rolls out its Flyer tablet

HTC has finally shed some light on its tablet plans and has detailed the HTC Flyer. The HTC Flyer is an 7-inch unibody device that will run on Android 2.4 Gingerbread OS.

The Flyer measures at 195.4 x 122 x 13.2mm and looks pretty sleek thanks to its aluminum unibody, although it is said to be a bit on the heavy side according to the first hands-on with the device. As expected, the Android 2.4 Gingerbread is suplemented by HTC's own Sense UI which brings a unique way of interacting with the device.

Spec-wise, the Flyer features a 7-inch 1024x600 touchscreen that will be paired up with a "pressure-sensitive" capacitive stylus, a 1.5GHz clocked single-core Qualcomm processor, 1GB of system memory and 32GB of flash storage space, a 5 megapixel camera on the back and the 1.3 megapixel on on the front, microSD slot, 802.11bgn WiFi, Blutooth 3.0, digital compass, G-sensor, and a 4000mAh battery that should be enough for up to 4 hours of video playback.

The Honeycomb update for the Flyer hasn't been officially announced but HTC did say that it didn't have enough time to optimize its own HTC Sense for the Android 3.0, which means that it might come at a later date.

You can check out the hands-on video over at Engadget. 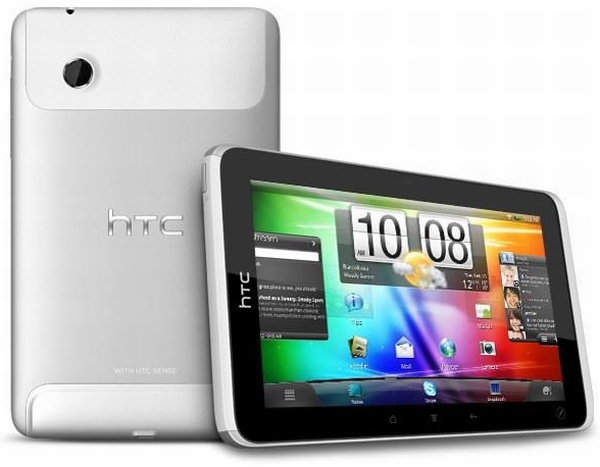 Last modified on 15 February 2011
Rate this item
(1 Vote)
Tagged under
More in this category: « LTE & HSPA+ PlayBook plans outed Nokia did consider other options »
back to top