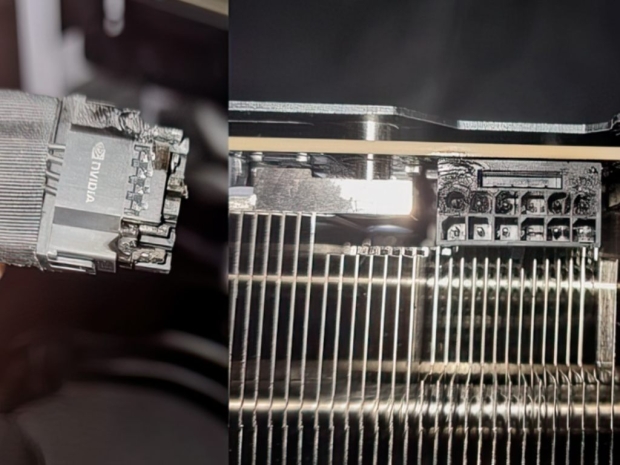 After the initial drama about Nvidia's implementation of the 12VHPWR connector on the Geforce RTX 4090, AMD has officially confirmed that its upcoming Radeon RX 7000 series will not use the same connector.

With AMD scheduled to reveal its Radeon RX 7000 series on November 3rd, and the recent issues with burnt 12VHPWR connectors on the Nvidia Geforce RTX 4090, it does not come as a surprise that there has been a lot of noise whether the upcoming AMD RDNA3-based cards will go for the same connector.

The Radeon RX 6000 series and upcoming RDNA 3 GPUs will not use this power connector.

Following multiple reports of burnt/melted 12VHPWR cable/adapter, Nvidia has confirmed that they are investigating the issue.

A fellow hack Igor Wallossek, from Igorslab.de, did an extensive investigation, pinpointing the problem to the adapter "exclusively provided by Nvidia to all board partners, which has fire-dangerous flaws in its inner construction".

CableMod has also released a "12VHPWR Cable Guide" suggesting that the problem might be in a severe bend near the 12VHPWR connector.

Rate this item
(0 votes)
Tagged under
More in this category: « Nvidia’s rebadging causes confusion amongst speculators Genesis of GPU oversupply hits the streets »
back to top