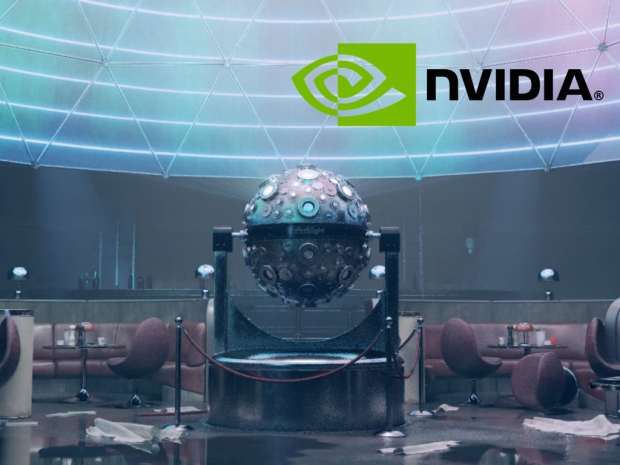 Teams up with Epic, Remedy, and others for some impressive tech demos

While it was already clear that there won't be any new graphics cards announced from Nvidia at the Game Developers Conference 2018, held this week in San Francisco, Nvidia did reveal some interesting stuff, including its Nvidia RTX Technology for real time raytracing and the new Gameworks SDK modules for raytracing.

Nvidia RTX is a ray tracing technology which aims to bring real time, cinematic quality rendering for content creators, and more importantly, game developers. According to Nvidia's Senior PR Manager, Brian Burke, the Nvidia RTX is the product of 10 years of work in computer graphics algorithms and GPU architectures, resulting in a highly scalable raytracing technology which runs on Nvidia Volta GPUs.

In case you missed it, raytracing, at least in computer graphics, is a rendering technique that traces the path of lights as pixels in an image plane in order to simulate the effects it has on other objects, like reflection and refraction, scattering, dispersion, and others.

Raytracing has been pretty much the holy grail for game developers as its implementation was not possible because it needs a lot of computational power, something that was overcome with current GPUs.

With Microsoft pushing its new DirectX Raytracing (DXR) API, it is good to hear that Nvidia RTX will have full RTX support for applications that use this new Microsoft DirectX 12 feature.

According to Tony Tamasi, Senior Vice President of Content and Technology at Nvidia: “Real time ray tracing has been a dream of the graphics industry and game developers for decades, and NVIDIA RTX is bringing it to life. GPUs are only now becoming powerful enough to deliver real-time ray tracing for gaming applications, and will usher in a new era of next-generation visuals."

Epic, Remedy and other big developers get on board

As it is usually the case with Nvidia, it managed to get some rather big names to support RTX from day one, including both Microsoft as the one that is pushing the DXR as well as 4A Games, Epic, Remedy Entertainment and Unity developers, all of which have been showing some tech demos at GDC 2018 in San Francisco.

To make things easier for game developers, Nvidia also announced its  Nvidia GameWorks SDK, which, it claims,  will add a ray-tracing denoiser module, which includes tools and resources making the implementation of the new Microsoft DXR API and Nvidia RTX much faster. Unfortunately, the Nvidia RTX is limited to Volta and future GPU architectures.  Although there is still no gaming Volta-based Geforce graphics card.

Some game developers have already shown their tech demos at the GDC 2018 show in San Francisco, including Remedy Entertainment and Star Wars tech demo from Epic Games. According to Epic Games, the Star Wars tech demo was developed in collaboration with Nvidia and ILMxLAB and provides real time raytracing in Unreal Engine, showing some impressive visuals and rendering features.

Hopefully, we will see it in some future games pretty soon and in the meantime, you can check out some of those tech demos below.