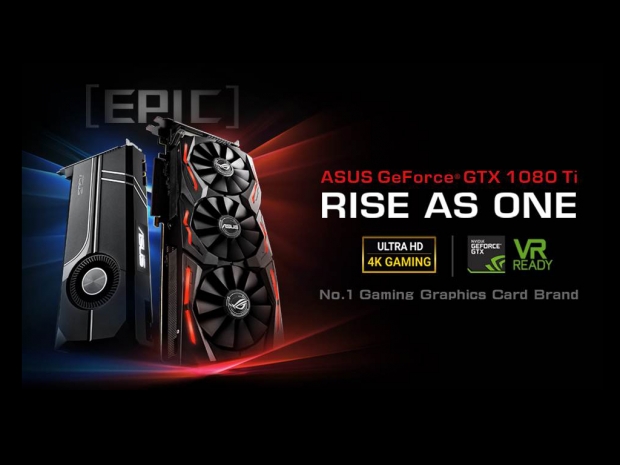 Comes with a new cooler as well

While we have already seen some teasers regarding Asus' upcoming ROG Strix GTX 1080 Ti graphics card, today we have the full specifications, including the new cooler as well as its impressive 1708MHz GPU Boost clock.

Based on the GP102 Pascal GPU with 3584 CUDA cores, 224 TMUs, 88 ROPs and 11GB of GDDR5X memory on a 352-bit memory interface, the Geforce GTX 1080 Ti has already proven to be the fastest consumer-based graphics card on the market, but Asus has taken it a bit further, pushing the GPU in the OC mode to 1594MHz GPU base and 1708MHz GPU Boost clocks.

According to the slides provided by Videocardz.com, the standard Gaming mode puts the ROG Strix GTX 1080 Ti OC at 1480MHz GPU base and 1683MHz GPU boost clock and it still comes with 11GB of GDDR5X memory, clocked at 11GHz in Gaming and 11.1GHz in OC mode.

In order to keep the GPU well cooled under such settings, Asus has further improved its triple-fan cooler by using the new heatsink with MaxContact technology. The heatsink offers 40 percent more heat dissipation area and should be up to 30 percent cooler and three times quieter than previous designs. Unfortunately, the new cooler also needs three slots.

Unfortunately, Asus did not announce the price or the availability date, but we suspect that it will be a bit more expensive than the Founders Edition. Techpowerup.com already managed to get the card and review it so you might want to check it out before pre-ordering it. 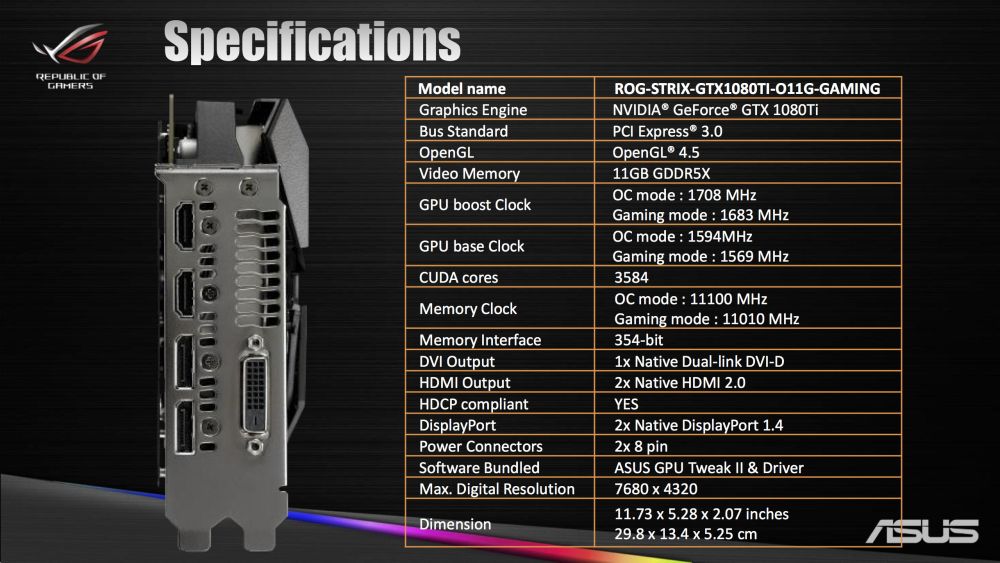 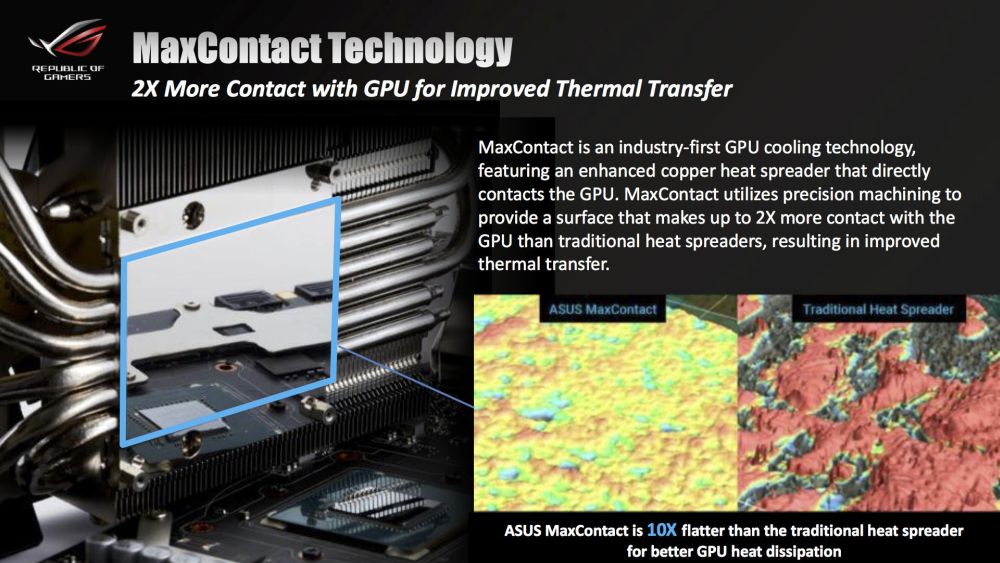 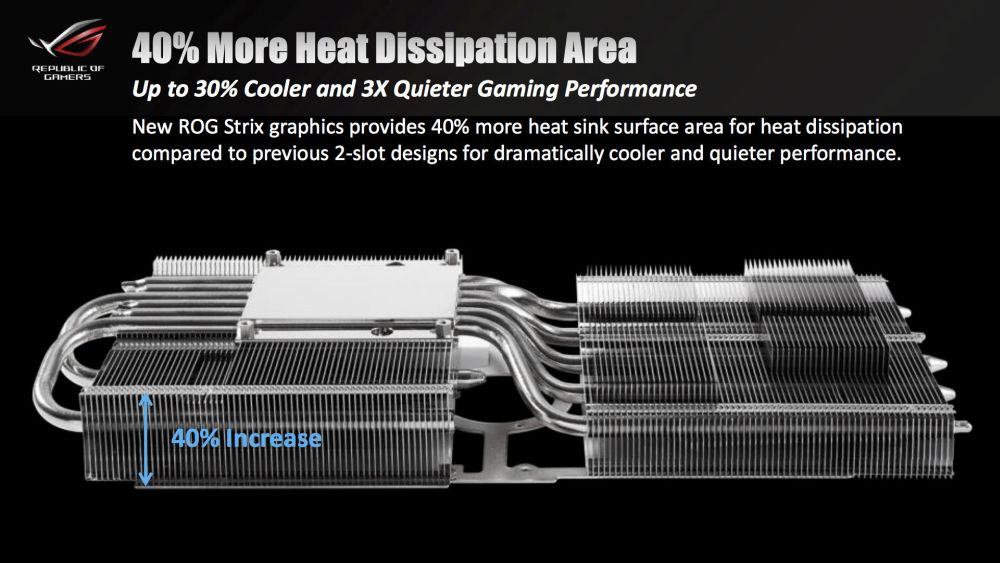