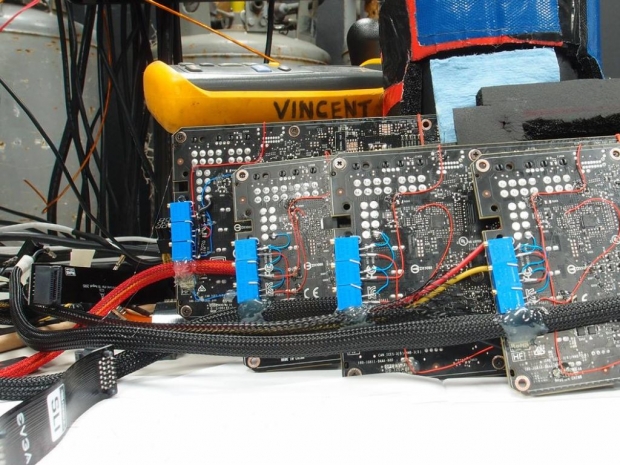 As expected, Vince K|ngp|n Lucido, a well-known overclocker, had some overclocking fun with EVGA's GTX 1080 Ti Founders Edition and has managed to both push the GPU over 2.5GHz as well as break the previous 3DMark records, held by Nvidia Titan X graphics card.

According to results over at both 3DMark results database as well as Vince's own post, he managed to push the Geforce GTX 1080 Ti up to 2531MHz for the GPU while 11GB of GDDR5X memory was overclocked to 6356MHz (12.71GHz). Of course, the GPU was cooled with LN2 and was running in a system with an Intel Core i7-6950X CPU overclocked up to 5.2GHz on EVGA's X99 motherboard.

You can check out the full list of submissions over at HWBOT.org as well as the 3DMark Hall of Fame page. 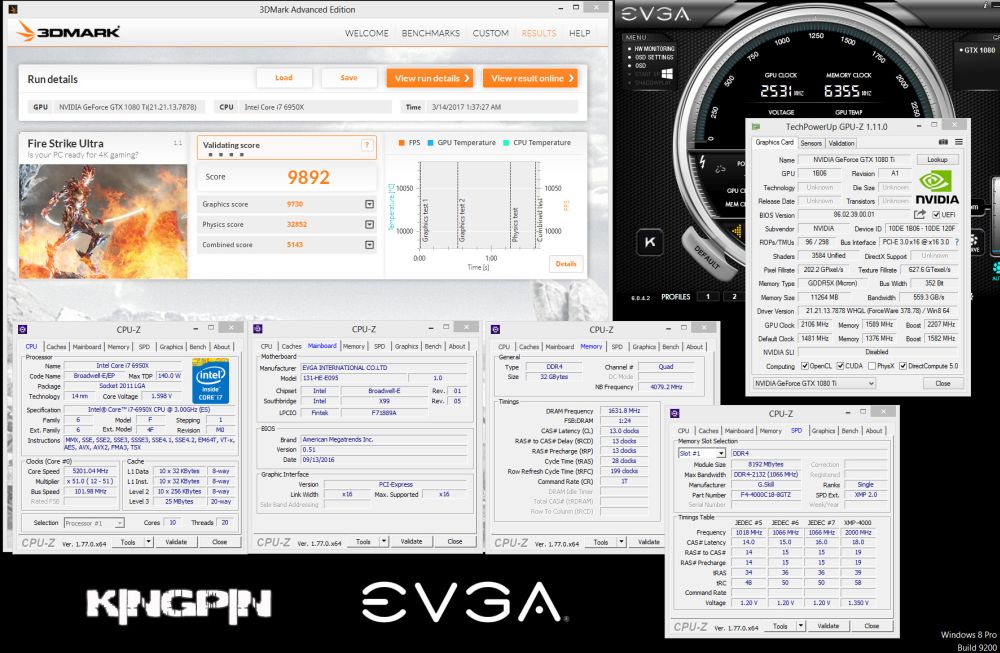 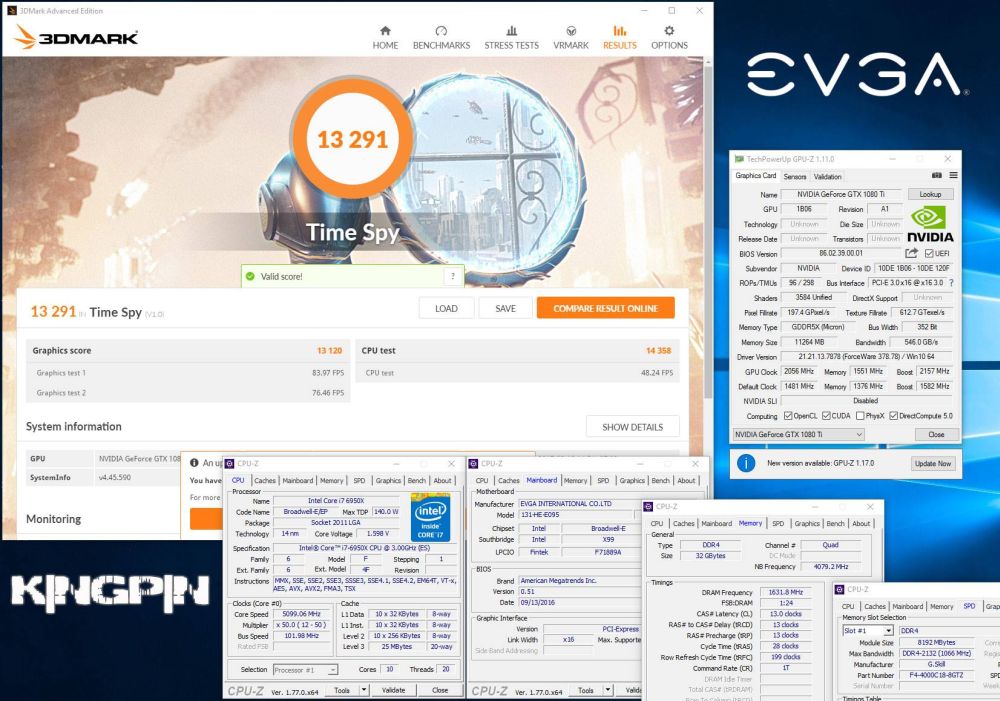