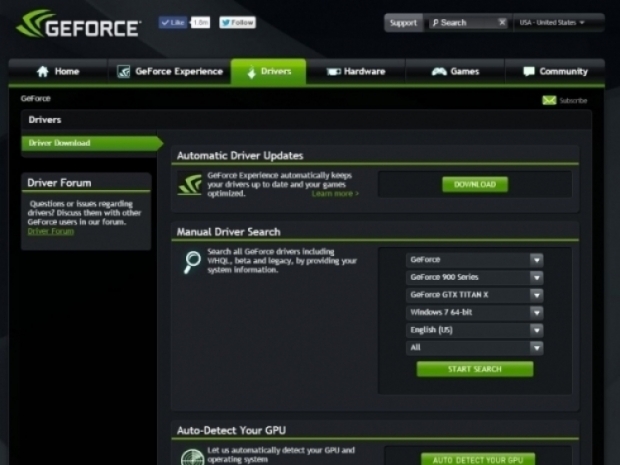 Nvidia has released the new Geforce 361.82 Hotfix drivers which should fix the graphics card eject bug that showed up with the earlier released Geforce 361.75 WHQL Game Ready drivers.

The so called "graphics card eject bug" which has been spotted with the recently released Gefroce 361.75 WHQL Game Ready drivers which made the graphics card appear as a removable device in system try. The bug was caused by Nvidia's support for external graphics via Thunderbolt 3 interface.

While not a big issue, the bug caused problems to some users by allowing the display driver to be accidentally "unloaded" while trying to unmount an external storage device.

Since this is a mere hotfix driver, it is available on Nvidia's dedicated customer help site rather than the official Geforce.com or Nvida.com drivers page. The new hotfix driver is available for Windows 7, Windows 8 and Windows 10 OS in both 32-bit and 64-bit versions.