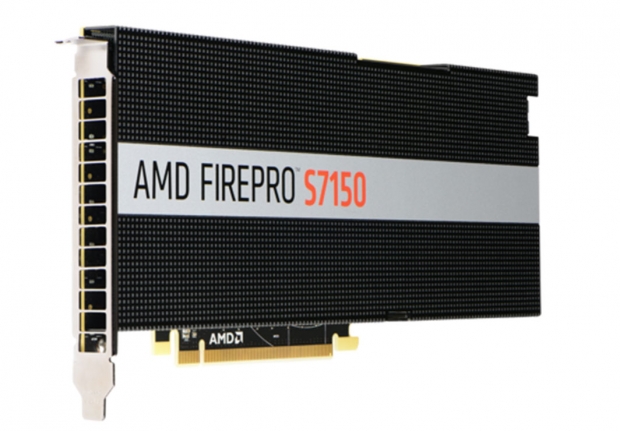 Turn a dumb computer into a graphics powerhouse

The big idea is to have a product for remote workstation, cloud gaming, cloud computing, and Virtual Desktop Infrastructure (VDI).

In the virtualization ecosystem, key components like the CPU, network controller and storage devices are being virtualized in hardware to deliver optimal user experiences. So far the GPU has been off the list.
AMD MxGPU technology, for the first time, brings the modern virtualization industry standard to the GPU hardware.

The outfit claims that it preserves the data integrity of Virtualized Machines (VM) and their application data through hardware-enforced memory isolation logic preventing one VM from being able to access another VM's data.

It also exposes all graphics functionality of the GPU to applications allowing for full virtualization support for not only graphics APIs like DirectX and OpenGL but also GPU compute APIs like OpenCL .

"We created the innovative AMD FirePro S-series GPUs to deliver a precise, secure, high performance and enriched graphics user experience -- all provided without per user licensing fees required to use AMD's virtualized solution."

IT budgets can support for up to 16 simultaneous users with a single AMD FirePro S7150 GPU card which features 8 GB of GDDR5 memory, while up to twice as many simultaneous users (32 in total) can be supported by a single AMD FirePro S7150 x2 card which includes a total of 16 GB of GDDR5 memory (8GB per GPU). Both models feature 256-bit memory bandwidth.

• Error Correcting Code (ECC) Memory to ensure the accuracy of computations by correcting any single or double bit error as a result of naturally occurring background radiation.

• AMD PowerTune is an intelligent power management system that monitors both GPU activity and power draw. AMD PowerTune optimizes the GPU to deliver low power draw when GPU workloads do not demand full activity and delivers the optimal clock speed to ensure the highest possible performance within the GPU's power budget for high intensity workloads.

AMD FirePro S7150 and S7150 x2 server GPUs are expected to be available from server technology providers in the first half of 2016.

The AMD FirePro S-Series GPUs with MxGPU technology are being exhibited in a Dell server system at SolidWorks World 2016 in Dallas, Texas at the moment.

Last modified on 02 February 2016
Rate this item
(12 votes)
Tagged under
More in this category: « AMD R9 Fury X2 to have 12 TFLOPS of compute performance Nvidia rolls out new Geforce 361.82 Hotfix »
back to top