Techpowerup rolls out the new GPU-Z 0.8.3 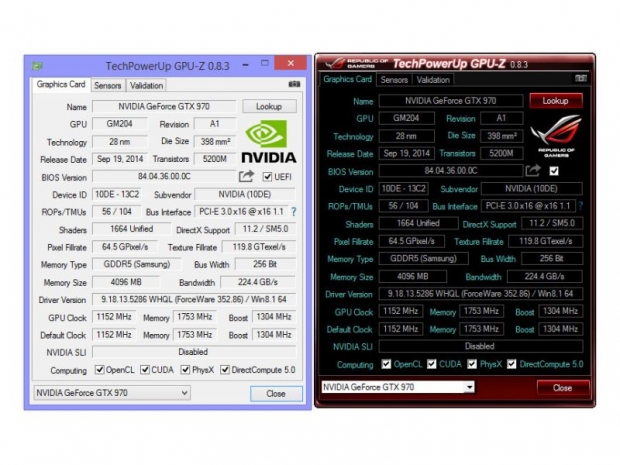 Techpowerup has launched a newest version of the GPU-Z, a popular graphics system information, monitoring, and diagnostic utility, the GPU-Z 0.8.3.

The new GPU-Z also adds a new feature which checks if the BIOS on the graphics card comes with a UEFI module and also fixes some issues including GTX200B die size, NV42 specifications, missing Nvidia PerfCap sensor. It also has improved OpenCL detection code.

The new GPU-Z 0.8.3 is available with and without ASUS ROG skin and can be found over at Techpowerup.com.