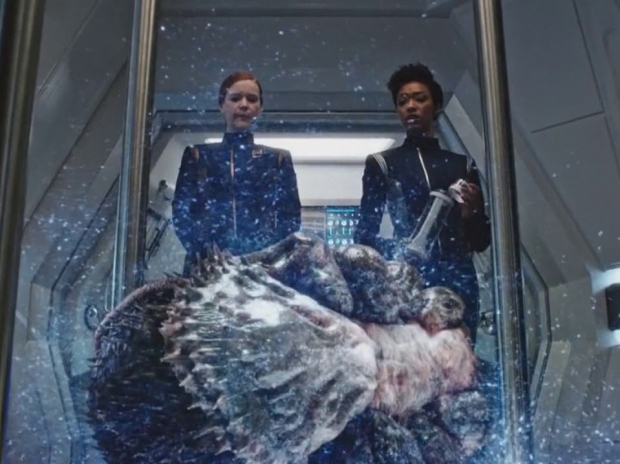 Viacom/CBS, along with Netflix, have defeated an appeal by a video game maker that tried to claim that one episode of Star Trek Discovery infringed on the copyrights for a video game.

Discovery had a plot line which involved a giant tardigrade which enabled a star ship to jump massive distances in time and space.  However,  Anas Osama Ibrahim Abdin claimed that the idea was based on an unreleased video game he wrote which also dealt with tardigrades that survived the outer reaches of space.

Tardigrades are real life, tiny creatures that typically survive within water droplets. The most interesting aspect of tardigrades is that they have been shown to have been able to survive in the vacuum of outer space. Abdin's video game also dealt with tardigrades that survived the outer reaches of space. On essentially this basis alone, Abdin filed both his original suit and the appeal.

After the Second Circuit lower court had already dismissed the claims, the Court of Appeals agreed in upholding the lower court ruling that both the video game and the TV show were relying on uncopyrightable scientific facts about tardigrades and their ability to survive in outer space.

The case ruled that copyright can be afforded to specific expression, but not to a general idea. And certainly not to an idea comprised essentially of real life scientific discovery. So, if Discovery told the same story about the same tardigrade creature, merely having a tardigrade in its plot is not somehow infringement just because both works are set in space.

Last modified on 27 August 2020
Rate this item
(0 votes)
Tagged under
More in this category: « Fortnite's new season cannot be played on Apple gear Call of Duty in far right conspiracy controversy »
back to top