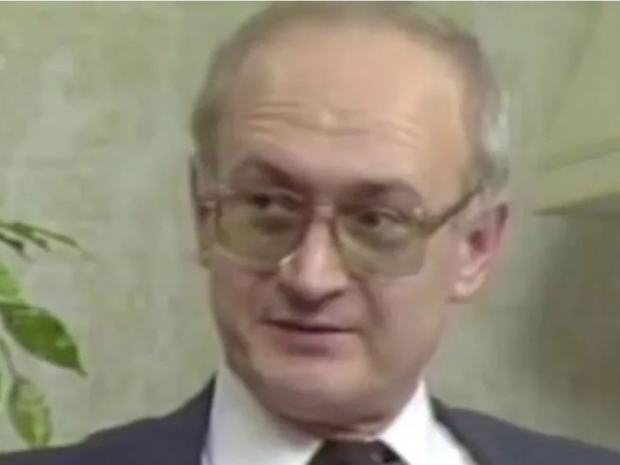 Gives rather too much attention to Yuri Bezmenov

Activision is in hot water over its Call of Duty: Black Ops Cold War’s debut trailer which gives rather a lot of airtime to Soviet defector Yuri Bezmenov and become a rallying cry for far right conspiracy theories and the morons who peddle them.

According to Kotaku, the teaser mixes stock footage of major world events with a 1984 interview of Bezmenov, who claimed to have been an informant for the KGB before defecting to the United States.

During the interview, he describes the Soviet Union’s alleged use of “active measures” that, in theory, are meant to destabilize opponents without direct military conflict by way of changing a society’s power structure and economy.

Bezmenov thought that extending equality to the United States’ non-white, non-male population made it ripe for Soviet invasion.

The person interviewing Bezmenov in the footage is far-right conspiracy theorist G. Edward Griffin, who has since made a name for himself in HIV/AIDS denialism and alt-right recruitment.

In the Call of Duty trailer, Activision presents Bezmenov’s words without this rather important context and  his appearance in the game’s advertisement has functioned as a sort of dog whistle to legions of reactionaries who consider attempts at establishing social equity to be proof of a far right conspiracy theory known as “Cultural Marxism” which was a feature of GamerGate. GamerGate Neanderthals used to shout “Cultural Marxism”  to anything that doesn’t adhere to the straight, white, cis male perspective such as the introduction of playable female characters in Battlefield V and LGBTQ+ representation in The Last of Us Part II.

Carl “Sargon of Akkad” Benjamin, a popular anti-feminist YouTuber who, during his failed attempt at getting elected to the parliament of the European Union, joked about raping a British politician. In an August 20 video entitled, “The New Call of Duty Game Mainstreams Yuri Bezmenov”, Benjamin is absolutely giddy about the prospect of impressionable viewers being taken in by Bezmenov’s Cultural Marxism-adjacent ideology.

“We actually have to thank the makers of Call of Duty for popularizing Yuri Bezmenov to the normies. This is wonderful. It’s important to have people listen to the things he’s saying.”

Of course, Activision could have made a cock up. After all, it hired Oliver North as an advisor on 2012’s Black Ops II who made a cameo appearance in the game itself.